In the Mood for a MomRomCom? 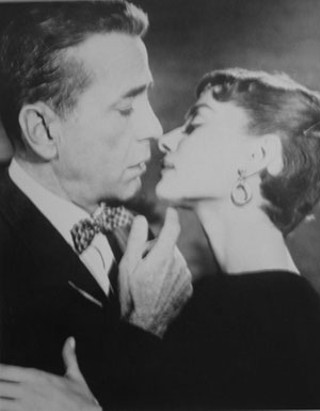 Billy Wilder was a short, caustic Jewish guy from Galicia in the Austro-Hungarian Empire. Frank Capra, born Francesco, was a short, frail Sicilian from the town of Bisacquino. Wilder had a brief career as a journalist and gossip columnist before working as a screenwriter in Berlin. Capra came from a long line of impoverished tenant farmers. Wilder left Berlin for Paris after the rise of Hitler and immigrated to America, eventually landing in Hollywood, where he began writing movies for Ernst Lubitsch and Howard Hawks. Capra was 6 years old when his family took a 13-day boat ride to New York in 1903, in steerage class, followed by a weeklong train ride to Los Angeles, in order to escape the poverty of their native Sicily.

Together these two foreign-born directors are responsible for an enormous number of what are now considered the best American, and most American, movies ever made: The Apartment, It's a Wonderful Life, Sunset Boulevard, Mr. Smith Goes to Washington, Double Indemnity, You Can't Take It With You. And on and on. Between them, they made more than 70 films and won 10 Academy Awards.

As artists, the two men could hardly have been more different. Wilder was a cynic through and through, a chronicler of the self-interest and casual brutality he believed lay at the center of the human spirit. Capra, on the other hand, wasn't afraid of the dramatic potential of personal redemption. This earned him a reputation as a creator of easily digestible, sentimental pictures, but he was smart enough to know that sentimentality didn't necessarily negate pathos. (Witness George Bailey in It's a Wonderful Life, which has grown unappreciated from years of holiday-season overexposure: Behind that wide-eyed, can-do spirit and aw-shucks naivete lies the beating heart of a maniac, ready to pop. No wonder he saw angels everywhere.)

Well, as Spencer Tracy says in Adam's Rib, "Vive la difference!" And what better way to celebrate variety than by taking sides. This Sunday, the Alamo Drafthouse, as part of a special Mother's Day event, is offering a couple of Capra's and Wilder's best, at two different locations: It Happened One Night at the Alamo Drafthouse South Lamar and Sabrina at the Alamo Village on West Anderson. Each movie will be accompanied by a special meal prepared by two of the Alamo's crack chefs (One Night featuring peppercorn-seared NY strip; Sabrina, espresso-rubbed pheasant). Now all you and your mother have to do is choose which movie to attend. Simple as that.

Capra or Wilder? Claudette Colbert or Audrey Hepburn? "The Man on the Flying Trapeze" or "Yes, We Have No Bananas"?

The starring role in 1954's Sabrina was originally offered to Cary Grant. The part was Linus Larrabee, the stone-serious, hardworking, middle-aged bachelor son of a billionaire family in Long Island who has to seduce chauffeur's daughter Sabrina Fairchild (played by Hepburn) before she steals Linus' playboy brother David (William Holden) away from his fiancée and destroys a $50-million business deal between two of the country's richest families.

Unfortunately for Wilder, Grant declined the part. Which is a good thing, actually, as he probably would have ruined the movie. Not because he wouldn't have been good, but because he would have been too handsome, too charming, too full of that self-effacing sophistication women find irresistible to make audiences believe Audrey Hepburn would fall in love with him only begrudgingly.

Humphrey Bogart, on the other hand, was worn out by the time Sabrina came around – a husk beset by drink and cigarettes. Who better to play Linus, the aging player with the hidden heart of gold making one last run at love?

Despite his rightness for the part, however, Bogart never forgot that he was Wilder's second choice, and it fueled his already outsized insecurity and cruelty. The whole world was falling in love with Audrey Hepburn (not least of all Holden, who was both married and drunk at the time), so Bogart turned on the 24-year-old ingenue, castigating her when she forgot her lines, mocking her for her accent, flying into rages when Wilder would set up shots designed to show off her beauty. When displeased, Bogart would call Holden Smiling Jim and Wilder a Nazi. Wilder, the world's heavyweight champion of verbal cruelty, and not a man to back down from a confrontation, allegedly responded to one of these tirades by shouting, "I look at you, Bogey, and beneath the surface of an apparent shit, I see the face of a real shit." Lesson being: Don't mess with the master ... even if you are Humphrey Bogart.

That famous scathing Wilder wit is all over the film's screenplay. And its plot, in which women are moved around like chattel by rich men too enamored of sex or money to care about humanity, is enough to make 21st century sensibilities blush. Should make for a great date with mom. Wilder wrote the script with Ernest Lehman, who had come to Hollywood after the success of his novella Sweet Smell of Success and so knew a little something about being acerbic himself. The two apparently got along well enough (any man who could write a line like "The cat's in the bag, and the bag's in the river" was bound to get along with Billy Wilder) despite the fact that they were writing their script as the movie was filming, Their goal, Wilder once said, was to keep the writing 24 hours ahead of the shooting. Most of the time they were successful; sometimes they weren't. Both men admitted to suffering physical and emotional distress during production.

Which is all to say that Sabrina is not your run-of-the-mill romantic comedy. What it is is pure Billy Wilder: that peculiar combination of acidic verbal virtuosity and confectionary-light romanticism. One minute Sabrina is waxing poetic about the simple joys of love; the next Linus is condemning his brother to a loveless life with the daughter of the Tyson Plastics Corporation, turning marriage into little more than a business merger. When David proudly points out that he never proposed and that his new fiancée never accepted, Linus just laughs. "Don't be silly," he says. "I proposed, and Mr. Tyson accepted."

While Sabrina was an all-but-assured hit from the beginning, the enormous success of 1934's It Happened One Night was the perfect case of a movie defying all expectations. Capra was lukewarm to the story; writer Robert Riskin thought it miserable. Robert Montgomery, the director's first choice for the role of Peter Warne, the fast-talking newspaperman who helps heiress Ellie Andrews escape to New York from Miami, was unavailable. At least six different actresses (including Myrna Loy and Carole Lombard) turned down the role of Ellie.

The Warne role eventually went to Clark Gable, a troubled star in the glamorous MGM galaxy at the time who was loaned to Columbia by legendarily vindictive studio head Louis B. Mayer as punishment for past crimes. Back then, Columbia Studios was known as Poverty Row, a low-budget backwater where movies went to die (to be sent there from MGM must have been like being cast down from Mount Olympus), and when Gable had his first meeting with Capra, he showed up bitter and drunk. When Capra asked him if he'd like to read the script himself or have it read to him, Gable answered, "I don't give a fuck what you do with it," and promptly stumbled out of the director's office, crooning "My Gal Sal" as he went.

Gable eventually came around, though, and brought a stinging suaveness to the role that would make him a star. Watching Gable in this movie is like watching the old Hollywood studio system personified. It would be 15 years before Marlon Brando crashed the party with his mumbly emotional multiplicity. But Gable was having none of that. His Warne is as deep as a pothole after a drizzle, and he knows it. His devil-may-care insolence and roguish solipsism, backed up by an impossible control of the English language, made for just the right hero for the Depression era: hustling but honest, sexy but heroic, decent but shallow. And the recipient of all that charm, Colbert, possessed a round face, wide eyes, and a boyish post-flapper haircut that made her the perfect foil for Gable's seen-it-all braggadocio: half vamp, half babe in arms.

Sabrina is a gentle poke at the fatuousness of the impossibly rich. It Happened One Night is an attack on a wealthy class willfully out of touch with the problems everyone else was facing during the 1930s. Thankfully, though, it's no piece of socialist propaganda; rather, it's a celebration of freedom. Andrews and Warne sing and fight and hitchhike and piggyback and flirt their ways toward perfect liberation together. And like its heroes, It Happened One Night has achieved immortality by being so wonderfully free from convention. Seventy years later, it still has the air of transgression about it.

It Happened One Night Feast

Other events taking place this month as part of the Alamo's 10th anniversary (for more information, including admission, see www.originalalamo.com):

A Prairie Home Companion's Fred Newman will lend his talents