A Nerd in King Vidiot's Court (or in Uncle Rico's Van)

Jon Gries at the Alamo 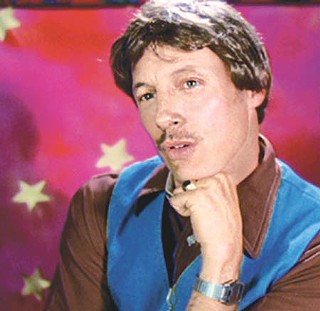 Ah, the many faces of Uncle Rico. The antisocial, unkempt brainiac alongside Val Kilmer in Real Genius. The stressed and serious Joseph Wald running up against Jack Bauer in 24. Stranded and hopeless on the island of Lost, another prime-time hit. Actor Jon Gries' supporting roles have come in high-grossing and gross-out films and TV shows alike, but arguably none is as impressive as his obscure, over-the-top arcade bully known only as King Vidiot in Joysticks. As someone who has also worked with Stephen Frears and the Polish Brothers, Gries might well be one to disagree, but we're going to go with it for now.

"I've been lucky," Gries says. "There's something to be said for diligence and tenacity; opportunity is luck."

Gries' 30 years in the movie industry have been nothing short of lively. He'll star in a box-office blockbuster here, then take a role in an indie film that barely makes it to DVD; next thing you know, he's taken on a low-budget project with an inexperienced director that becomes an award-winning, multimillion-dollar-grossing business, à la his Uncle Rico turn in Napoleon Dynamite.

"I had no idea that movie was going to do as well as it did when I read the script," Gries recalls. "The truth is, that and Joysticks were probably done for the same amount of money. One was mediocre and the other was extraordinary. You get into a situation like that, and you roll the dice."

1983's Joysticks is a typical Reagan-era, ma-cheese-mo comedy in the vein of Porky's and Weird Science. The budget was pocket change, the special effects rudimentary, the jokes juvenile, the actors straight off the streets, and the bare-breasted women plentiful. In the dense fog of flesh and synthy soundtrack, the main thing that stands out is Gries' character. Take a Seventies-era David Bowie and splice in Sid Vicious with the attitude of an evil Kramer. Now cake on enough rainbow-colored make-up to leave no trace of human skin visible and you'll have the King.

"For that role, I paid homage to the 1950s and Sixties Beach Blanket Bingo villains," Gries says. "I remember the day that I auditioned for that film very well. I walked into this office filled with a bunch of people. I wanted the part so bad. They handed me the script and I just went all out and handed them the King Vidiot character I had created. Then they asked me where I got the inspiration. I knew I had to say something completely off the wall to stand out from every one else, so I said, 'King Vidiot was born from the finger oils left on quarters that are pumped into the video games.' They told me afterward that as soon as I said that, I had the part."

Both Napoleon Dynamite and Joysticks focus on nerd culture, yet the former became an instant cult classic, while the latter gave a quick pop before it fizzled and died. Gries believes it's not about the nerd in question, but how the nerd is depicted.

"It's about the portrayal. Joysticks was a formulaic film, with a formulaic plot, and, as a result, the acting was formulaic. That's how they made movies back then, there wasn't even a platform release for that film. On the other hand, Napoleon Dynamite took a standard formulaic movie and stood it up on its ear by making it personal. A lot of those segments in that movie really happened to [director] Jared Hess. There are personal trademarks to Napoleon Dynamite that make it accessible and timeless. You empathize with the film; you just laugh at Joysticks. I remember times when the director Greydon Clark literally said, 'If all else fails, just pan down to the cleavage.'"

Regardless of each film's transposition, Gries' King Vidiot is the star stud of the arcade. His obsession for Ms. Pac-Man, his gang of video-game groupies, his attraction to cross-dressers, and his spastic mannerisms make for a likable and memorable villain. Though Joysticks has yet to achieve the status of Napoleon, some cult flicks age like wine. King Vidiot could make an underground comeback.

"There's a film I was in called Monster Squad that's now popping up all over the country. I've heard that they have Monster Squad festivals in different cities, but I've never been to one. Who knows, 20 years from now, the people might be looking at Joysticks like the way they looked at Van Gogh's paintings after he died. But I'd be really surprised if they did."

We do know that people will at the very least be looking at Joysticks on Saturday night, and that Gries will be joining them. "I'm just gonna enjoy the films and be a film buff like everyone else there. I'm not going to do a Tiffany-mall-tour-type thing and act above the crowd."

Meanwhile, typical of his working schedule, Gries has several projects in the pipeline.

"I just finished four movies that are coming out soon. Some are crappy, and some are good ones that I'm really excited about."

'Napoleon Dynamite' and 'Joysticks' With Jon Gries in Attendance