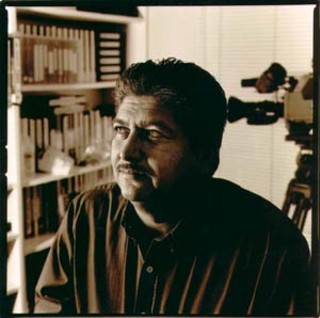 Lots of local news on the small screen: First off, PBS has hired Austin filmmaker Hector Galán (Los Lonely Boys: Cottonfields and Crossroads) to amend the Ken Burns documentary The War. The hire comes after a national outpouring of complaints from Latino organizations disturbed at the lack of content about the very distinct Latino contribution to World War II in the 14-part series. Galán is no stranger to public television. His work has appeared on Frontline and The American Experience, and several of his documentaries have aired on PBS, including Chicano! History of the Mexican-American Civil Rights Movement, Visiones: Latino Art and Culture, and Songs of the Homeland, among others. While his most recent work focuses on music, turns out Galán is a huge World War II buff.

The War premieres Sept. 23 on PBS.

After years of wrangling, infighting, mismanagement, and general nyuk-nyuking, things seem to be moving on the straight and narrow at Public Access Community Television, the organization that now holds the contract to run Austin's access TV channels. A recent vote of confidence for the PACT includes an April 11 resolution passed by the Austin Community Technology and Telecommunications Commission, recommending that $1.8 million in capital-equipment funds be used to meet current (and, some would say, dire) equipment needs and repairs at the PACT studio in East Austin. Before you blow a gasket, remember that the money is available because of the franchise agreement with Time Warner Cable.

"Once priority equipment purchases are made, remaining funds will be used to purchase a mobile production vehicle that will be maintained, operated, and managed by PACT," according to PACT press materials.

"Besides creating advanced training opportunities for Austin residents and the ability to use a mobile production vehicle for capturing community events," says Garry Wilkison, PACT general manager, "another purpose for it will be to generate needed revenue."

As someone who happened upon the PACT crew as they worked to capture this year's First Night events, I would vouch for the value of a production vehicle as opposed to a few tables crowded into an alcove outside City Hall. It was amazing to see everyone hard at work, oblivious to the less-than-ideal working conditions. A mobile production vehicle also seems like it would provide a great community outreach tool, in the tradition of bookmobiles. I can imagine taking the vehicle to tutor youngsters on the medium, perhaps providing hands-on, short-term tutorials in how TV works. I have faith that the PACT team is methodically examining all the options.

Heroes (NBC) returned last Monday, counting down to its last four episodes of the season. Veronica Mars (CW) returns May 1 at 8pm, just in time to appease those of you still going through The OC withdrawal. And no, that mawkish October Road (ABC) is not a good replacement. On the local front, the stylish Downtown (KLRU) returns for its third and possibly last season on Thursday (April 26) at 8pm. This season features Austin slam poets, the Tosca String Quartet, the Austin firefighter calendar men, Mariachi en Fuego, the ProArts Collective, the lowrider bicycle club, Conspirare, and more. Check listings for additional airdates and times.

Still going strong: Austin-produced Special Session (KLRU) continues its weekly look at the Lege. This week's episode, "The Bills of Our Lives," looks at key legislation up for review. What will pass? What will die? The Special Session roundtable, led by producer and host Paul Stekler, casts its votes. Special Session airs Sundays at 11am.

Another locally produced documentary series State of Tomorrow also continues its run. In 13 episodes, this series looks at how researchers and scholars at Texas institutions of higher education are addressing this nation's most pressing contemporary challenges: aging and illness, natural disasters, space travel, education, art and life, and other topics. Episode descriptions can be found at

And lastly, PACT celebrates National Poetry Month with its second annual broadcast of EXSE Spoken Word. Austin area poets and spoken-word artists will throw down their original works April 27, from noon to 12mid on Channel 10.