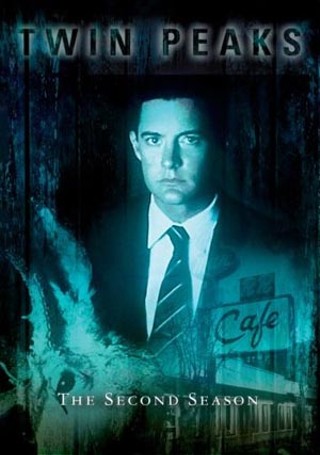 Last year I earned some serious nerd cred when a friend mentioned local band Sparkwood, and I gushed, "Sparkwood? Like the last street Laura Palmer was seen on alive?!" (Still waiting for an answer on that one, fellas.) Yes, I am basically a Twin Peaks Trekker, which I guess would make me a … Tweaker? Too bad that label's already taken.

After six years of false alarms, the second season has arrived. Now that I've dispensed with any suspicion of bias, a word for the uninitiated: There's no good reason to buy the second season without seeing the first. There is every reason to watch both, but I must warn against mistaking "prequel" Fire Walk With Me for something that should be watched before the series – or, ever, really. The pilot, yet to be released on DVD in America, is available in Austin's finer video stores and well worth a viewing beforehand. Fire Walk With Me, on the other hand, reveals some of the series' central mysteries and is irritatingly unfaithful to the series' mood.

For those who have seen the series, or at least the first season, this DVD box set, featuring all 22 episodes of the second season, should be a treat. The packaging is not as flashy as the first season's, and the menus seem to be re-creating the look of badly dubbed VHS tapes, but the Log Lady intros are all accounted for. There are interviews with series directors and actors, and though each interview is closed with credits that should've gone elsewhere, they're worth a watch. Particularly special is Donald S. Davis' (Garland Briggs) anecdote about gastric distress that alienated him from a young PA. A caveat: The actor interviews do contain spoilers and are best saved for last.

As for the show itself, well, it was certainly one of the most exciting and innovative shows of its time. This was before HBO series, and Twin Peaks still ranks with the best of them. It's generally believed that the second season is inferior to the first, and perhaps there's some truth to this. Laura's killer is revealed before the middle of the season, which caused some viewers to lose interest, but the story doesn't end there. Part of Twin Peaks' beauty is its utter unpredictability: The owls are not what they seem, and neither are the characters. The story gets ever more snarled, and new characters arrive: hermetic orchid tenders, child magicians, David Duchovny as an even foxier FBI agent, and Mr. Lynch himself, triumphant as bureau chief Gordon Cole. Some of these plotlines are more engaging than others. Things sputter a little by the time Heather Graham shows up, but the series finale is not to be missed. A very good reason to stay indoors this summer.

One of the best (foiled) heist movies in history. In this high-def edition, you'll presumably be able to see every pore on Pacino's face.

A note-perfect meditation on friends growing up and apart. If you, like me, saw Junebug because you heard Will Oldham was in it, rest assured that his face time lasts more than 30 seconds.