You mean open source hasn't saved the world yet? 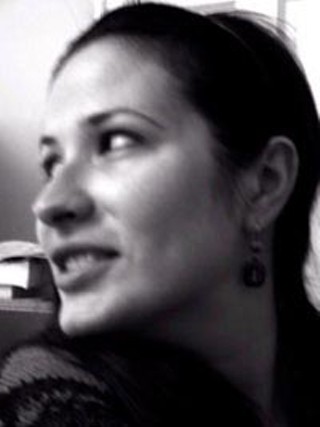 Last October, computer programmers and associated geeks spent 48 hours studying, writing, and revising computer code at Tek Republik in Austin, breaking occasionally for martinis or fire dancers. Their goal was to create a software environment for the work of the League of Technical Voters, a nonprofit formed by Austin activist Silona Bonewald. The purpose of the league is to bring global technologists together in an online environment where they can organize politically and provide feedback on policy as it's developing.

Bonewald had a robust vision for the platform she needed, and she knew that it would be open source, which means that others would have access to use, adapt, and modify the software. Originally planning to develop from scratch, she decided instead to start with an existing open-source platform: Drupal, a popular system for managing content and community interaction online. Drupal costs nothing, and, because it's published with an open-source license, programmers can add to or change the system for their purposes, with the option to offer changes back to Drupal's core.

So, instead of raising thousands of dollars to build exactly the system she wanted for LOTV, Bonewald could find programmers who would donate their effort, creating enhancements anyone could deploy as part of their own Drupal-based setup.

With an open-source approach, you can build shared solutions as an alternative to commercial, proprietary, and closed systems. You can form communities to build software that communities can use. The LOTV site will launch March 9, with an announcement at BarCamp Austin, followed by more opportunities for technologists to contribute at an upcoming Designathon (April 14-15 at the Microelectronics and Computer Technology Corporation Building at the University of Texas) and another Codeathon (April 21-22, location TBA).

If you're not a computer geek, all of this talk about technology might not mean much to you, but chances are that the open-source model will touch your life, whether you know it or not.

To understand open source, it's helpful to understand its origins in software development, beginning with an understanding how computers and software work together. Computer hardware is just a doorstop without a set of instructions – a computer program. There are many kinds of programs: word processors, image processors, music and video players, spreadsheets, etc. When generic, affordable personal computers first appeared, the software industry quickly emerged, creating programs with computer languages that are readable by (some) humans and converting them into machine-readable code. The human-created code is called source code, and if you don't have the source, you can't understand or alter a program's structure.

The early software industry took advantage of this by locking the source code in a vault and distributing the binary. By hiding the source, they ensured that others wouldn't replicate their methods. And they could control the supply of their programs, keeping them relatively scarce and charging a premium for them. With the source locked away, however, if the program doesn't work the way a user wants it to, they can't alter it, and if it's broken, they can't fix it.

These constraints were simply irritating to some coders, who wanted more control over the programs they themselves use every day. Developer Richard Stallman was sufficiently irritated with the closed/proprietary system of software creation and distribution that he founded the free-software movement. He famously explains the label as "free as in freedom, not free as in beer." The idea was not that you don't pay for software, but that you have access to the (open) source code and the freedom to use the software as you wish, making modifications, and offering your modifications to others. With this "free as in freedom" approach, software development could become a collaboration wherein many developers and informed users have input, and communities of practice form around software projects, adding social as well as technical value.

Generally, this fosters innovation, because projects are open to diverse creative contributions. Contrast this with the large corporate approach to software development, which finds companies "trying to get as much control over software as possible, because that's the way to maximize profits," according to UT professor Allucquere Rosanne Stone, a respected open-source advocate and developer. "In the process of doing that, you stamp out innovation."

Stone says it's unlikely we'll ever see large adoption of open-source thinking by large, established corporations. "The problem," she says, "is that it interferes with their business plans: not so much immediately on the surface, where you can see it, but in the interlocking directorates and the things that go on behind the scenes, where people who run the corporations and sit on each others' boards of directors talk to each other and advise each other about long-term strategy."

Microsoft is a player in that, and so are a number of other corporations who either don't understand or don't want to understand the open-source model. Many people don't want to understand the open-source model because there's something vaguely threatening about it. A lot of old-money corporations operate on the basis of models that have been proven over decades or lifetimes, so something that might be revolutionary and might have unforeseen consequences – even if you can clearly see short-term consequences that are quite positive – has too much risk. Because corporations, like lower life forms, have no central nervous system to speak of – and because there's no reason at that level of development for them to consider the possibility of altruism – they tend to overrun everything else on the petri dish without thinking about what might happen.

On the other hand, says local attorney Ed Cavazos, who works with the intellectual property giant Fish & Richardson, "There are many open-source business models that are potentially profitable, and are good business." Cavazos is leading a session at SXSW Interactive this year called Revisiting Commercial Open Source Business Models, during which he wants "to explore business models that real, no-kidding businesses can employ leveraging open-source technologies. A lot of the discussion about open source," he says, "has been about marveling at how effective it is in creating great software or content or debating the policy issues. Meanwhile, a bunch of companies have started saying, 'How can we use this as a business strategy?' That's what we hope to talk about in that panel. ... How are companies like Google et al. embracing open-source techniques to further the goals of the company?"

Though we might question if open source is revolutionary/evolutionary, whether it's a populist movement or relevant to corporate strategies or possibly all of the above, there's no doubt that its principles are permeating our way of life, manifesting in many realms other than software.

The "open-source journalism" of citizen media, for instance, arming everyday observers with blogs and digital cameras, is making effective and important grassroots contributions to communication ecology. There's also an emerging focus on open-source governance: more democratic with a higher degree of transparency. In art, you see collaborative projects like SITO (www.sito.org), where artists share and collaborate. Lawrence Lessig's Creative Commons makes it easy for authors, artists, and musicians to license their works in ways that facilitate sharing, redistribution, and repurposing. There's resonance between open source and "Web 2.0" thinking, where the latter emphasizes open architectures, data sharing, and broad participation in the contribution, dissemination, and development of data. Think of wikis.

Austin has always had tribes of open-source developers and advocates, and recently activity has accelerated following open-source unconferences like BarCamp Austin and many meetings, projects, and organizations springing up. The next BarCamp is during SXSW Interactive. The Texas Digital Convergence Initiative is advocating open-source collaborative efforts, and a new version of EFF-Austin's Open Source Posse has just formed, with connections to DCI and Bootstrap Austin. Bootstrap, an organization of founders of bootstrap companies, has adopted open-source collaborative thinking in building its social as well as technical infrastructures.

Non-Developers to Open Source Acolytes: Tell Me Why I Care

The Growth and Evolution of Microformats

Open Content, Remix Culture, and the Sharing Economy: Rights, Ownership and Getting Paid

SXSW registration not required; for musicians, artists, writers, and anyone who's interested: Why you should understand and care about Creative Commons licenses.