Getting A Money Shot 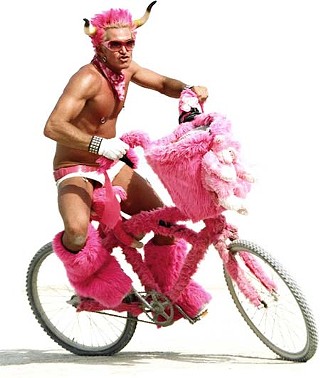 Apart from being a Webby-winning blogger (with work including PinkBroadcasting.com and HugNation, a weekly podcast with his 93-year-old grandfather), John Halcyon Styn is the business-to-business marketing and branding consultant for an adult Web company running 30 sites and providing content for 30,000 affiliates. His experiences in the adult market can, he feels, provide pointers for the online indie filmmaker.

AC: So what's the current online business model, and could it be adapted by other content creators?

AC: What's the biggest barrier to other Web content creators adopting these systems?

JHS: The consumer will have to start making choices, and the delivery systems will have to make choices, the same choices when you're going to watch broadcast TV or HBO. It'll be a very small percentage of people who'll be paying for nonadult content for the time being, unless it's downloadable movies. But we don't have a value attached to short content, so we don't have a concept of paying for it. It's almost like a donation to the creator now. It's silly, but that's the mentality that we have.