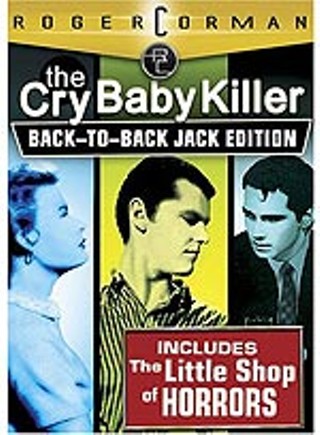 Funny how things can change over time: As some five decades have passed, prolific producer Roger Corman's unofficial title has evolved up from the mildly derisive King of the Quickies to the far more impressive Godfather of the Independent Film. Thankfully, it's the latter that's reflected in the treatment that's currently being given to Corman's 400-plus modestly budgeted, unpretentious features as they begin making their appearance on DVD.

Boasting a new digital master with enhanced audio, the Back-to-Back Jack Edition of Jack Nicholson's onscreen debut, The Cry Baby Killer (1958), is technically more bonus than feature; with the movie clocking in at a paltry 61 minutes, there's enough room on the DVD for a colorized edition of the legendary shot-in-two-days-as-a-joke black comedy The Little Shop of Horrors (1960), featuring Nicholson's classic turn as a masochistic dental patient, plus the producer's new introductions to both films. The lead movie itself is hardly a classic, but there's no turning down the charm of the 21-year-old Nicholson. 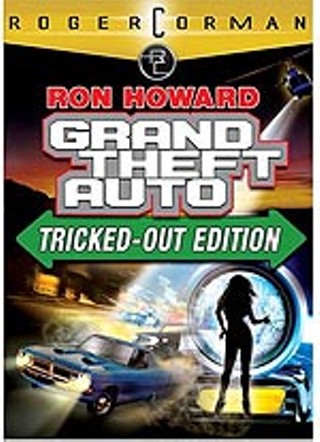 The Tricked Out Edition of Ron Howard's directorial debut, Grand Theft Auto, sports a set of distinctively more relevant extras: In addition to the new intro, there's a freewheeling commentary track by Howard and Corman, plus a "making of" featurette with Howard's co-writer/father Rance and co-star/brother Clint. The movie's a satisfactory actioner with some actual thought put behind it, but here's something you thought you'd never see: It's actually better with the commentary track on! (Occasionally, during intros and commentaries, Corman even lets an eye-opening teaser slip out; like, did you know that he's planning a remake of Little Shop or that Tom Cruise is aching to make Deathrace 3000?)

These days, the phrase "independent film" means a lot of different things to different people. To some it may indicate an "artsy" or European sensibility, or perhaps a dissonant, personal vision. Too bad, so sad – the only thing that Roger Corman ever promised with any of his movies was entertainment – but if that's what you're looking for, just seeing his name on the DVD box may be proof enough for purchase.