The Seventh Continent and Benny's Video 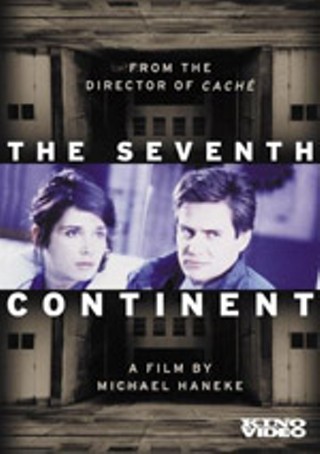 The greatest shock in the recent reissues of The Seventh Continent and Benny's Video, the first two films from Michael Haneke, is how warm the Austrian auteur comes across. The Caché director is a grandfatherly figure in the interviews addending the films, not the heavy-handed sadist prone to discussing his oeuvre in terms of "emotional glaciation." When he arrived with the first of his connected-only-in-tone glaciation trilogy in 1989, it was fully formed, the work of a clinician par excellence cold enough to make Kubrick shiver. (Trilogy capstone 71 Fragments of a Chronology of Chance is also available now.) Like the sum of his films, The Seventh Continent deals discreetly and obliquely with disquieting material: Here, members of a bourgeoisie Vienna family, apropos of nothing more than modern life, decide to kill themselves. We witness no darker horrors than the roar of a car wash, yet Haneke's static, panoptic camerawork – shot alarmingly close or disquietingly afar – conveys considerable menace. There's something almost liberating about the family's force of will, echoing the situationist admonition to "live without dead time," but his characters' last minutes are among the most bleak ever recorded. Ultimately (and not as a disservice), Haneke refuses to delve into their pathologies, leaving viewers even more powerless over the inexorable end. These Brechtian distancing methods coarse through Haneke's next feature, Benny's Video. A film about looking at films, it opens with shaky footage of a pig's slaughter, yet as the abhorrent thing finishes, Haneke's alter ego Benny replays it in agonizingly slow motion. The same explicitness doesn't apply to Benny's next movie shoot; however, when the sociopathic child downs a playmate, it occurs offscreen, the terror communicated only through a series of screams and Benny's rushes back into frame for more bullets. A precursor to 1997 panic-attack Funny Games (Benny actor Arno Frisch starred as its sadistic teen, and it's not hard to imagine the torturer as little Benny, all grown up; Ulrich Mühe plays the emasculated dad in both), Benny's Video renders the viewer complicit in the actions unfolding so nightmarishly, forcing us to ask ourselves why we watch.

A Prairie Home Companion (New Line, $27.98): Garrison Keillor and Robert Altman grow old together in this slight smile of a movie.