Eight re-releases in two weeks lead up to 'Volver' 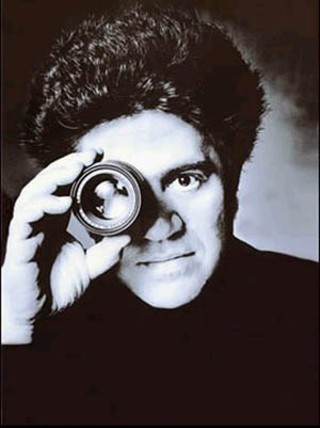 The films of Pedro Almodóvar, Spain's all-grownup enfant terrible, stand out for many reasons: among them their vibrantly colorful visual palettes, their comic and pop sensibilities, and the characters' widespread disorientation of gender identity and eternal search for love and affection. Yet the single most glorious aspect of his films is also, sadly, their most unique: the abundant love and compassion they demonstrate for their female characters. Women are always leading characters in his films, even though they are often played by transvestites or actors in drag. His female characters are fonts of emotion, and their desires are always treated with respect. Despite this, Almodóvar's women usually seem to be on the verge of a nervous breakdown. It's interesting that this great appreciator of women is one of the cinema's most openly gay men.

In November, Almodóvar's newest film, Volver (Spain's official entry for Oscar consideration), will begin release throughout the country. Volver represents the filmmaker's greatest celebration of women, and appropriately, the film's ensemble cast – led by Penélope Cruz and longtime Almodóvar actress Carmen Maura – received the Best Actress award at Cannes. In advance of Volver's release, the distributor, Sony Classics, has struck new prints of eight films (which is almost half the director's feature output) and is presenting them in a two-week program titled Viva Pedro.

The series provides an excellent survey of Almodóvar's career, which began with various pop-culture experiments in Spain's post-Franco years of the mid- to late Seventies and started in earnest as a feature filmmaker in 1980. His earliest features aren't included here: The first films this program offers are 1986's Matador and 1987's Law of Desire. Both co-star the pre-Hollywood Antonio Banderas and are brash outpourings from Madrid's creative fringe.

Women on the Verge of a Nervous Breakdown, in 1988, marks Almodóvar's greatest commercial success due, no doubt, to its playful comic froth of passion, betrayal, and gunplay. With The Flower of My Secret, Almodóvar tempers his comedy with a bigger dose of melodrama and delves further into the subject matter of the artist and his work – a theme that was present in Law of Desire and would reoccur throughout his career. Almodóvar further refines his melodramatic aspects in Live Flesh and in All About My Mother, which received an Oscar for Best Foreign Film. His two most recent releases, Talk to Her (for which Almodóvar earned a Best Original Screenplay Oscar) and Bad Education, respectively feature two men in love with comatose women and the residual effects of Franco-era repression and sexual molestation in Catholic schools. For all this and more, we join in the cry: "Viva Pedro!"

All screenings take place at the Regal Arbor Cinema @ Great Hills. For more information on the series, see www.sonyclassics.com/vivapedro.