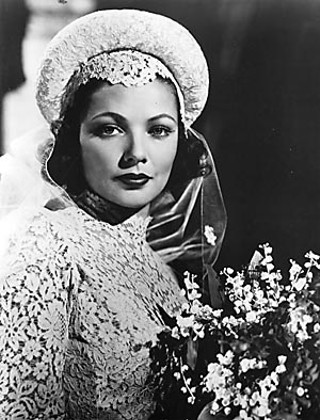 "'Young woman, you ought to be in pictures,'" recalled Gene Tierney in her autobiography. "That line was not even new in 1938. But I listened." And how. It's not every day a studio film director says that to a teenager touring the Warner Bros. lot with her family. "Among Hollywood discovery stories, mine might not rank with Lana Turner's, sipping a soda at the counter of Schwab's drugstore. But as far as I am aware, no other actress was discovered right in the studio." Not until 20th Century Fox's Darryl F. Zanuck spied her dancing in a nightclub of her native New York two years later did Tierney (1920-1991) finally model the big screen's proverbial glass slipper. Fritz Lang, John Ford, Josef von Sternberg, Ernst Lubitsch, and Joseph L. Mankiewicz all spun the young, exotic beauty in their vehicles. The Razor's Edge, Leave Her to Heaven, Night and the City: more trophy-case Tierney. In the end, her Viennese champion, Otto Preminger, iconicized her for the ages in 1944's Laura. Even after Tierney's mental collapse, the director's Advise & Consent (1962) gave her a penultimate starring role. "That was Laura, but she's only a dream," sang Johnny Mercer. That was Gene Tierney. – Raoul Hernandez

Films screen Tuesdays, 7pm, at the Alamo Drafthouse Downtown (409 Colorado). Admission is $4 or free for AFS members and new members signing up at the venue or online at www.austinfilm.org.

Oct 31: Where the Sidewalk Ends

Nov 7: Leave Her to Heaven

Presented by the Austin Film society at the Alamo Drafthouse Downtown (409 Colorado): 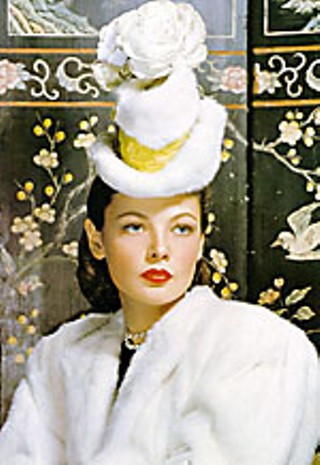 The grand pooh-bah of Hungarian hilarity, Ernst Lubitsch, completed only one other parlor room delight before his death, Tierney's gothic drug muddle Dragonwyck (1946) the first of three late-career directorial efforts finished by Fox fill-ins (Joseph Mankiewicz and Otto Preminger on the final duo). Heaven Can Wait bequeaths a bittersweet last waltz, meditating on death and the passage of time, with Ameche opening the film in hell as a repentant NYC playboy and the 22-year-old Tierney his long-suffering Technicolor angel. "From its opening scene, there is no question that Heaven Can Wait is the work of a master in such total command of his craft that he doesn't have to flaunt it," posits Scott Eyman in Ernst Lubitsch: Laughter in Paradise. "The mood is loving, relaxed, richly nostalgic, and assured." 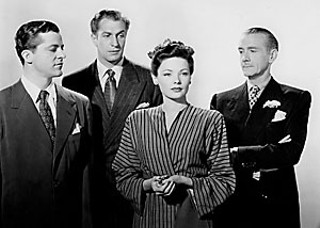 Moviedom owes gossip godfather Walter Winchell a gold-encrusted fedora and trench coat for inadvertently convincing studio boss Darryl "Last Cut" Zanuck against an alternate ending on film noir's most romantic beguilement. "I threw everything out," wrote Preminger, "all the retakes, put the old ending back, and had a preview, and it was brilliant." Note-perfect, actually, Dana Andrews the street detective who falls in love with a murdered socialite (Tierney), while dogging her gigolo fiancée (a priceless Vincent Price), his mistress (Anderson), and Laura's acid-tongued gossip columnist, Waldo Lydecker (Clifton Webb). Joseph LaShelle's Oscar-winning cinematography and David Raksin's title song deepen the mystery. "That is the story of how Laura became a success and how I became a director again," concludes Preminger.

WHERE THE SIDEWALK ENDS

Film-noir historian, author, and barstool wit Eddie Muller couldn't have put it any more succinct. "Where the Sidewalk Ends shows that Preminger could handle his own on turf more commonly occupied by directors like Sam Fuller, Phil Karlson, [and] Don Siegel. And in this case, with major assists from Ben Hecht, Joe LaShelle, and Dana Andrews, Otto knocked it out of the park. This is a minor film compared to some of his later work, but as film noir, an unjustly overlooked gem." All the more so, even, when one considers that its director, cinematographer, and two leads had all collaborated six years earlier on a similarly dark tale of a cop and the fashion plate who falls for him. Only this time, as Muller snarks, they've gone "from the penthouse to the outhouse."

LEAVE HER TO HEAVEN 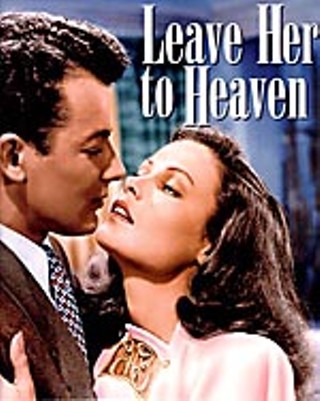 "Leave her to heaven, and those thorns that in her bosom lodge to prick and sting her." Shakespeare got the locale wrong (see scene one, Heaven Can Wait), but the prickly insanity and hysterical melodrama titularly inspired here by the Bard befits Danish nobility. Technicolor Tierney blinds, same as her white furs at the train station, and seducing hapless (Hungarian) Cornel Wilde poolside like a Homeric mermaid. Jeanne Crain, another crystal cut Twentieth Century Fox, shatters nary a mirror either. More Academy Award-winning cinematography, a screenplay by Jo Swerling (It's a Wonderful Life), and late-life bitchy direction by Douglas Sirk precursor John M. Stahl. Tierney's poisonous turn in the lead netted her sole Best Actress nomination. "There's nothing wrong with Ellen," sighs the character's mother. "It's just that she loves too much."

THE GHOST AND MRS. MUIR 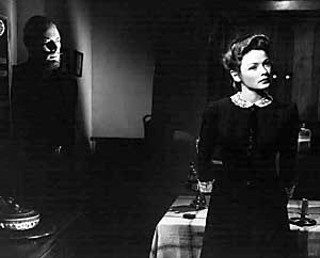 Despite Lubitsch, and in the shadow of Preminger, Joseph L. Mankiewicz blessed Gene Tierney with her finest hour (and 44 minutes) onscreen. The writer/director's A Letter to Three Wives and All About Eve define "chick flick," yet Mankiewicz was at his sharpest when conducting actresses on closed sets, as he had Tierney during Dragonwyck. Bernard Herrmann's diaphanous score swoons and storms like the elements engulfing the haunted cliffside cottage where the widow Muir and her daughter Anna (Natalie Wood) have come to rest. Reversing his ectoplasm from Noel Coward's Blithe Spirit two years earlier, Rex Harrision as the former Captain Gregg melts into Charles Lang's stunning cinematography. "Lucy [Muir] had never been dependent on society for happiness," acknowledged the 1945 ghost story. "Now she seemed to need it less than ever."