Out, In, and Onscreen 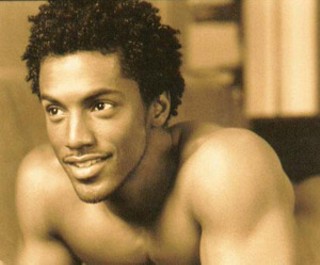 On a Role (or Two): Darryl Stephens in 'Boy Culture' and 'Another Gay Movie'

Still acclimating himself to the success of the Logo sitcom Noah's Arc, in which he stars, Darryl Stephens now finds himself in the enviable position of trying to keep up with the opportunities his adventurous résumé now affords his film future. Two such opportunities – roles in Boy Culture and Another Gay Movie – will be showcased at aGLIFF this week. Recovering from throat surgery, Stephens participated in an e-mail interview about his career.

Austin Chronicle: Your past roles are pretty varied and un-typecast, how do you remain so versatile of an actor?

Darryl Stephens: I tend to only take roles where I think I can share a different side. Sexuality is less an issue for me than personality. When reading a script, if I see personality traits that I can illuminate that are different from characters I've played in the past, then I'm all for it. I didn't work for a few years and I realized during that time that fear was a waste of my time. I decided I would play anyone I could somehow dignify by inhabiting. That probably sounds lofty and ridiculous ... but that's how I look at it.

AC: What was your inspiration for your character in Boy Culture?

DS: I read the book. The character in the book was a corn-fed white boy from the Midwest. I wanted my characterization to come off as more of a jock, but at the time, I couldn't cut my hair (I was growing it out for the first season of Noah's Arc) and the film's wardrobe department had a different view of Andrew, so he ended up coming off more middle class, kind of an "every guy." I thought he should be the antithesis of Noah. He should be still and controlled, basically grunt when he speaks, and try to communicate emotions he is unable to speak with his eyes. There wasn't an actual person that I based the character on – just an idea of how I would like to see the character played.

DS: Noah is probably the toughest so far. It's about trying to balance the softness, the girliness of Patrick (Ian Polk's) concept of the character and still make him someone that viewers, gay and straight, can root for. The challenge is making him sweet enough that viewers forgive his flaws, and human enough that his flaws are believable. The fact that it's a funny show is also tough. I'm constantly trying to find the balance of what's funny and what's too over the top.

AC: What actor or actress has inspired you the most?

DS: Prince has inspired me, he always did his own thing. He didn't worry about what people had to say about him. His performance in Under the Cherry Moon was a brilliant version of black camp. He inspired a few of my moments on Noah's Arc.

DS: I would like to play someone dark, something emotional and deep. Also, a superhero ... like in an X-men type of movie. I would love to play a guy just caught up in some horrible real shit that takes an emotional toll on him. I think I have some old issues, some depression I need to exorcise.

AC: In Boy Culture you play a reserved yet multifaceted character, how did you prepare yourself for that role?

DS: I am a reserved, yet multifaceted character. It didn't take much more preparation than just sitting still.

AC: The media has labeled Noah's Arc as "Sex and the City for gay men." How do you respond to that?

DS: I thought Sex and the City was for gay men.