The AFS Texas Documentary Tour: 'The Trials of Darryl Hunt' 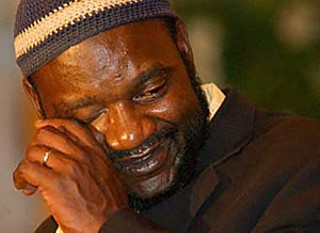 The Trials of Darryl Hunt

The Trials of Darryl Hunt chronicles a wrongfully convicted man's 20-year struggle to extricate himself from the jaws of the North Carolina criminal justice system. In 1984, Deborah Sykes, a 26-year-old white newspaper reporter, was raped, sodomized, and stabbed to death in Winston-Salem, N.C. On the basis of what was essentially no evidence at all, Darryl Hunt, a 19-year-old black man, was charged and convicted by a jury of 11 whites and one black and sentenced to life imprisonment. Five years later, he was granted a new trial but was again convicted and, after 11 months of freedom, went back to prison. Ten years after his first conviction, DNA testing – newly recognized as reliable and admissible courtroom evidence – excluded Hunt as the rapist, but he was denied a third trial on the questionable rationale that this exculpatory evidence didn't rule out other means of his participation in the attack. Another 10 years in prison go by until another man confesses to the crime, and his DNA identifies him as the perpetrator. Finally, after 19 years of wrongful imprisonment, Hunt is pardoned for the murder of Sykes.

The film was produced and directed by college friends Annie Sundberg (Tully, 2003), Ricki Stern, and William Rexer. The following is excerpted from their directors' statement:

"Twelve years ago, we were captivated by a story of a community in racial turmoil over a murder that happened in 1984, and the man, Darryl Hunt, who was convicted of a crime many people felt he did not commit. As young filmmakers, we gathered equipment, borrowed a car, and drove to Winston-Salem, N.C., to film a hearing that would determine whether Hunt would get a new trial or the case would be closed. We had been drawn to this story by a private investigator who was working with the defense team and who had started to uncover what he believed to be disturbing accounts of police intimidation and manipulation of evidence in this high-profile case. We were also driven by the idea that this could be the first American DNA exoneration story told on film.

"From 1993-1994, we drove back and forth between New York and North Carolina with borrowed equipment and donated film stock, documenting a case we believed would draw to a climactic close, [due to] revolutionary scientific advances [in the use of] DNA evidence. [When] the conviction was upheld, Darryl Hunt sent back to prison, and his case closed, we returned to New York, and the film shot that day was put into storage in our director of photography's freezer, where it lay processed but not transferred, never seen until recently, waiting for the outcome of a story we knew was unfinished. Eventually, when the U.S. Supreme Court rejected Darryl Hunt's final appeal and all funding leads dried up, we put the rest of the film and sound into storage, and we went on to other films, other jobs and forgot about the frozen film.

"In 2003, Hunt's defense made a final gesture, filing one last petition to a new judge for the DNA sample to be run against the newly established national data bank. In December 2003, after long months of waiting for the lab to comply with the court order to test the DNA, there was news. The data bank revealed a close DNA match, which ultimately led investigators to the real murderer. His name was Willard Brown. Once again, we were back shooting (this time on digital video). We recovered the forgotten film from our DP's freezer and sent it for processing, hoping that the images were not damaged. We tried to remember exactly what we had filmed. We put the 16mm film onto an old Steenbeck, and with great anticipation, we watched as the silent images started to play. It was moving, it was in good shape – we were thrilled! But it was silent. Now that we had the film, where was the one-fourth-inch sound? Our best footage – and we had no sound.

"We searched for over 10 months, pulling apart personal storage units, unearthing basement lockers and neighbors' attics where we had stashed old film over the years, and finally we convinced DuArt to organize its vault in search of the missing sound. We remained convinced that the sound was living somewhere in a dark corner on its 10th floor, hidden behind 1981 prints of classic 'afterschool' specials. When nothing turned up, we lost hope and started to work creatively with the silent footage, building dreamlike sequences, visual montages, adding in new interviews from Defense Attorney Mark Rabil and activist/supporter Larry Little, trying flashback reflective moments with voice over. Then, unexpectedly, our DP, William, called to say he might have found something. In a mislabeled box in William's loft, we located the one-fourth-inch reels – it was the missing sound. Our greatest mishap may have turned out to be a hidden blessing as it forced us to work creatively with the verité footage (rather than relying on straightforward storytelling), ultimately influencing our use of visual imagery in the final film.

"Starting back in 1993, we had worked to compile exclusive footage of the crime scene, Hunt's initial charge, the trials and the motions from over 10 years ago, and we had also obtained additional archival and personal photographs. Much of the news station archival footage was destroyed in the years since 1984, except for what we had acquired in our years of working on this film. We remained committed to Darryl Hunt's story because it was a rare opportunity to examine a murder through 20 years of perspective and evolving truths. Avoiding sensationalism, we worked to explore the crime story as it unfolded, told through changing points of views, and we directly witnessed the magnitude of a case that racially divided the city of Winston-Salem as the fallout from the case altered lives. Jobs were lost, careers were changed, and futures were stalled, if not destroyed. This case provided a chilling example of how police personnel, legal representatives, and an entire city were firmly divided along racial lines and so steadfastly focused on their own version of guilt or innocence that truth was not only overlooked, it was disregarded.

"For us, The Trials of Darryl Hunt is not just another DNA case of a man wrongly accused. This is a story with two decades of perspective on the subtle, intangible influences of crime, race, and law on a community. It is a story that emotionally details how individual lives are shaped by a twist of fate. It is a story that reveals the prejudicial position of an all-white jury embroiled in an emotional murder case, revealing the insidious way racism remains part of American culture and our police and criminal systems. It is the story of the battle between defense and prosecution, with each side fighting for personal and political justification. It is also a story about fortitude, commitment, and a powerful faith shared by those who stood by each other for 20 years.

"It is our goal to use this film to move and educate a broad audience and to inspire procedural and policy reform in the U.S. criminal justice system. We are currently planning an extensive outreach campaign to launch in 2006."