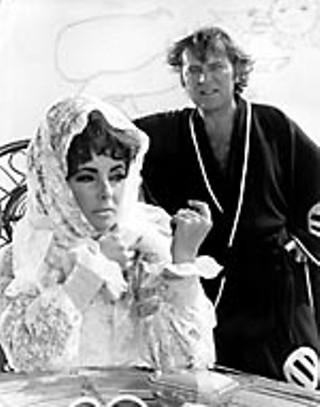 Let's say you can judge a man by the company he keeps. What, then, would you say about a man who spent time with Tom Stoppard, Tennessee Williams, and Jeanne Moreau? Whose name appeared next to Orson Welles', Clifford Odets', and Dorothy Parker's? What possible criticism could you level at someone who breathed that kind of rarefied air? That he was a drunk? A philanderer? A communist?

One could probably accuse Joseph Losey of being all those things and have a case. For their part, the House Un-American Activities Committee made sure the communist label stuck back in 1951, and the film industry gave the charge weight when it put Losey's name on its infamous blacklist, effectively ending his career in Hollywood before it started. Before Joseph McCarthy, Losey had been a director of boilerplate Hollywood pictures for RKO studios, where he was famous more for his a-film-in-three-weeks efficiency than his solidarity with the workingman.

Reports of Losey's blacklisting came while the director was filming Stranger on the Prowl with Paul Muni in Italy. Rather than return to a place that was no longer interested in him, Losey stayed in Europe, where he transferred his skills to the British movie industry and, over the course of the next 20 years, released the best films of his career. The Austin Film Society's Essential Cinema series will be focusing on this period with Surviving the Blacklist: Joseph Losey in Europe, which begins Sept. 5 at the Alamo Drafthouse Downtown and will feature a new film every Tuesday through mid-October.

The series begins with Eva, starring Moreau, the film that introduced Losey as a major player in the European arthouse scene of the 1960s, and will include Finger of Guilt – the director's noir response to his involuntary political exile – as well as The Servant, his first collaboration with legendary playwright Harold Pinter. It's a pairing that would result in several great pictures over the next 10 years and a handful of awards at Cannes. Look out in particular for the Oct. 3 screening of Boom!, Tennessee Williams' adaptation of his own stage play The Milk Train Doesn't Stop Here Anymore. Released to resounding critical and commercial antipathy in 1968, Boom!, starring Elizabeth Taylor and Richard Burton at their drunkest, is now considered a camp classic and a must-see for those who like their movies like they like their train wrecks.

THESE ARE THE DAMNED (THE DAMNED)