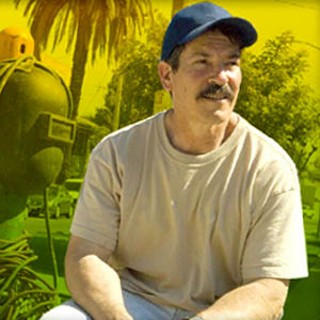 Something bugged me about my review of Al Otro Lado ("A Little Border Music") last week. There was something missing in what I wrote that I couldn't put my finger on until I saw the second-season premiere of Morgan Spurlock's reality series, 30 Days (executive produced with R.J. Cutler of American High and Black. White). In 30 Days, an individual (sometimes Spurlock) is taken out of his comfort zone to live in someone else's shoes for 30 days; the more diametrically opposed those shoes are, the better. The inspiration comes from Spurlock's highly successful independent film Super Size Me in which he lives on a McDonald's diet to prove, among many things, why Americans are the fattest people on the globe.

Just after turning in the Al Otro Lado piece, I tuned into the 30 Days season premiere. In it, a Minuteman moves in with a family of undocumented Mexicans. Maybe because the Minuteman, Frank George (aka Francisco Jorge), is Cuban-born and speaks fluent Spanish, his experience leads him to the tidy conclusion that the family he meets are decent, hardworking people. George doesn't change his stance on illegal immigration (laws are meant to be obeyed), but he no longer does tattletale patrol on the border, preferring instead to work immigration legislation – in what way is not made clear. The only thing missing from George's epiphany was the swell of violins and someone strumming "We Are the World" on a guitar in the background. And this is when it hit me. With the glut of reality TV this summer, I have to ask: Where is the reality?

On TV, illegal immigration is cast in one of two versions: as an invasion of evil aliens bent on destroying the American way or as a liberal love story to salt-of-the-earth persistence. Where is the discussion of how corporate desire for cheap labor has directly shaped the history of immigration from Mexico and Central America and also how a class of working poor are the result of this desire, and more frighteningly, how the working poor are pit against immigrants in what threatens to be a sweaty smackdown among the dispossessed, while the moneyed few in their air-conditioned box seats remain unfettered as long as record profits continue to grow? No one touches them, and yet their actions have touched so many.

Even George, a supposed history buff and stickler for rules and details, is curiously oblivious to one interesting detail of his own immigration story. His family legally (George is proud to say) immigrated from Cuba to the U.S. in 1957. His father worked for an American sugar company. Were it not in that company's best interests to have him here, it's unlikely Francisco Jorge would have grown up to be the chest-beating, gun-toting U.S. Minuteman Frank George. This detail is unexamined in 30 Days, as it is elsewhere. One wonders if George could imagine what his world would have been had that "generous" American sugar company decided they didn't need his father's labor, and his family was left behind in Cuba. George lives in Southern California now. In his alternate life, would he find himself in detention in Florida?

During the previous world wars, when the most atrocious crimes against humanity were occurring, Hollywood was churning out frothy, mindless musicals and screwball comedies that bore no reflection of reality. Calling reality TV a thing of beauty is a stretch, even for something as earnestly liberal as 30 Days. No, for mind-numbing escapism, one need only look to the recent glut of talent show competitions (America's Got Talent, So You Think You Can Dance, Rock Star: Supernova), which bear a peculiar revision to the ideal of U.S. meritocracy: Bring us your song, bring us your dance, bring us your seltzer in your pants, and you will be rewarded with the ultimate American Dream – celebrity. If only those undocumented Mexicans would stop looking for work and start working on their trills and extensions.