'Tempest' in a jailhouse, and its implications 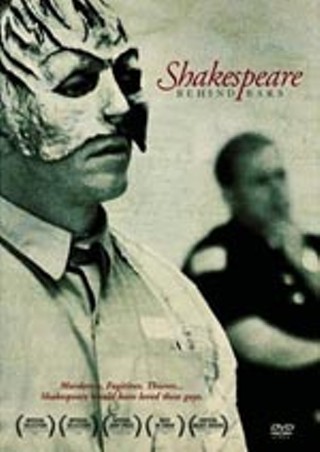 Little-seen, despite a Grand Jury Prize nomination at Sundance in 2005, this well-considered documentary about a Shakespearean troupe at Kentucky's Luther Luckett Correctional Complex gets a fine DVD edition from Rhino spin-off Shout! Factory. The company seems to be expanding its range beyond kitsch and small-screen nostalgia into independent features, and the design of this disc portends well for the effort. Though it lacks subtitles, the disc's three commentary tracks and 12 deleted scenes – royal treatment for a documentary underwritten by the BBC and released in only a handful of theatres – expand upon and enhance the film's fly-on-the-wall revelations about life in prison. As director Hank Rogerson (Homeland) follows the inmate players through a season of The Tempest, the Bard's verse helps them grieve their mistakes and rehabilitate themselves. The parole board beckons – but will tragically elude – some of the actors; two others end up in solitary, which provides an apt lesson in prison justice. All of the guys are model inmates and repentant criminals, but they're also murderers, cop killers, and drug dealers – one is a child molester undergoing four-stage rehab. Structured like a classic backstage story, the film offers an Ariel named Bulldog, a Prospero who's serving time for dropping a hair dryer into his pregnant wife's bath, and a Caliban known in the yard as Big G. Curt Tofteland, the troupe's volunteer director, drills the inmates in diction and dramaturgy – at one point dismissing a passionless soliloquy with "Words ... words ... words!" – and helps them discover the play's themes of redemption and forgiveness. Shakespeare doesn't offer any excuses for the men's mistakes, but its candid depiction of a successful program for prisoner rehabilitation suggests some cause for optimism about the justice system at last, while reminding the audience about the transformative properties of art. One of the deleted scenes also introduces a character cut from the final edit: inmate Bruno, the painter and former stonemason who creates the play's scenery. Two of the three audio commentaries feature inmates from the program discussing their experiences; convicted sex offender Leonard, a natural actor with a Kevin Spacey quality, relives a trip to solitary at the center of the film. Leonard's scenes, which contain a painful confession, complicate the film's ethics, but Rogerson helps realize Leonard's wish: "To redeem my life so that I am not remembered for the very worst thing that I have done."

Clean (Palm Pictures, $24.99): The magnificent Maggie Cheung tries to kick heroin and reunite with her son.