News and rumors and just flat-out lies about local gaming 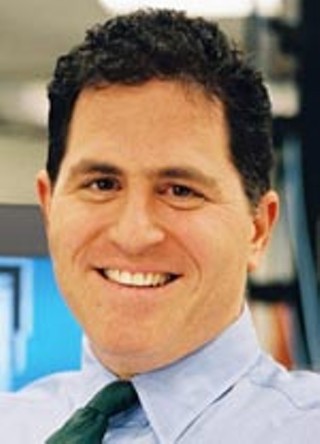 The namesake and king of Dellionaires everywhere, Michael Dell, takes the crown as the biggest wig to speak at the Austin Game Conference. Lesser, but still big, wigs include Rob Pardo, lead designer of World of Warcraft; Jon Landau, Academy-Award-winning producer of Titanic; and science fiction writer Vernor Vinge. The party starts Sept. 6. Till then, check out www.gameconference.com.

Michael Dell's world-domination tour stopped in Dallas, where he awarded the winners at the World Series of Video Games. With names like MaxFATAL1TY and Str8 Rippin, they better get paid. For a prize list and pics of all the champions with their oversized novelty checks, see TheWSVG.com.

Described as the Woodstock of gaming, QuakeCon comes to the Hilton Anatole in Dallas on Aug. 3. Don't let that description stop you from attending, because it's free. Go to www.quakecon.org, and register for tournaments or just peruse the impending virtual shenanigans.

Send all gaming news, rumors, and high scores to gaming@austinchronicle.com.