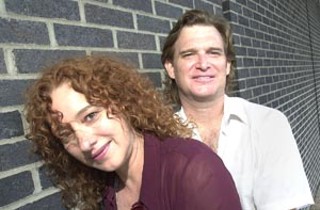 Located in a modest quanset-hut-style building just off the Drag, Barcelona Films head Viviane Vives is perhaps more immediately familiar to Austin filmgoers in her acting capacity, having co-starred – and, with Barcelona, having helped to fund – Bryan Poyser's breakthrough film Dear Pillow.

Vives, a Barcelona native, who nailed the Spanish equivalent of the prestigious Clio Award for Best Advertising Campaign at the tender age of 22 before taking up acting and moving to New York to attend NYU, runs Barcelona alongside husband M.J. Neal's architecture business, making for an "interdisciplinary studio" that combines the best of both media.

"The idea of Barcelona Films," Vives explains, "is this: If somebody comes to us with a project that we like, we'll do it. We're trying to do projects that we think are worth a shit and get them out there. Things like Dear Pillow or Hansel Mieth: Vagabond Photographer, which are the two projects that we have actively supported. With Dear Pillow, I read the script and thought it was a great movie and went in as an actor – I was the first person to get past the [rough] language, I think – and so I just badgered the hell out of them, brought in an investor, let them use our offices, and was there for them with whatever they needed. 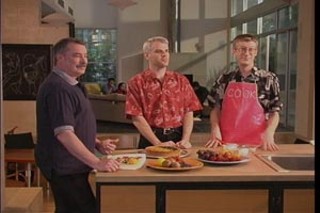 "Right now," Vives continues, "the main thing we're doing is developing several projects and bringing in investors to them. The idea is to have a pool of about 10 films going at any one time, with potential investors attached who are waiting for us to bring projects to them."

So what does Vives look for in a submission?

"If I see the word 'terrorist' or 'blow-up' I won't even look at the query letter," she says, adding that friend Kyle Henry's recent feature debut, Room, is a perfect example of the kind of "authenticity" Barcelona is seeking.

"I'm trying to find scripts that are low-budget and authentic. I'm really interested in things that are authentic, but it's kind of hard to explain what 'authenticity' is, really, because it can be different for every writer."

Vives makes it a point to mention during our conversation that she hasn't watched television in three years and also that the emerging field of Internet-only content is of more than passing interest to her.

"I guess you could say we're out of the mainstream," she says. "We're also geared toward alternative distribution. For me, the distribution of entertainment and information is in the hands of too few people. I'm watching a lot of stuff on the Internet right now, and I really think that's the next thing. Before, to make money, you need a big venue to exhibit your film, and a large scale means of distribution, but now everybody has their own communities online, and those can be tapped into where you may be screening a film for only 50 people, but you're doing it in 10,000 places. I really think that's where the future is headed."