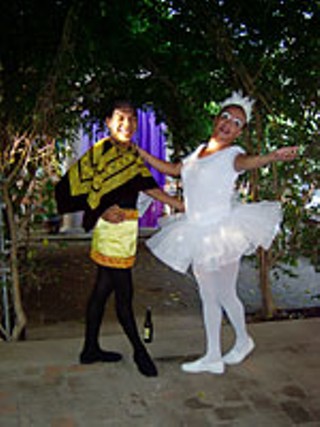 Perhaps mistitled to sound like a documentary on extreme sports, Muxes swings in a different direction. In the region near Oaxaca in Southern Mexico, muxe is a term to describe a "third gender": those who are or were men but dress like women. So why not "cross dresser" or "transvestite"? Muxes insist on the term as an indicator of their Zapotec Indian heritage. Longtime documentarian Islas focuses her camera on the historically muxe-accepting town of Juchitán (aka gay paradise) and brings to life a culture of complex relationships: tradition and personal freedom, religion and acceptance, love and sex. Allowing the documented to speak for themselves without extraneous edits to push an agenda, Islas gives us less a narrative than a window to a unique culture. Some of Muxes' issues have been broached before (the importance of a mother's love, persecution of alternative lifestyles), while others shock in their across-the-board acceptance by the subjects (love gets in the way of sex, none are monogamous). The mayuyus provide one of these shocks. "Straight" men who get paid (or not) to have sex with muxes, mayuyus justify their behavior as a lesson in compassionate lovemaking and claim to use what they learn on their girlfriends. Deluded, or the smartest people in the world? You decide. The film concludes with a traditional vela or gala, muxe style, making apparent that the fight for acceptance is not extreme, but necessary for the existence of such events.