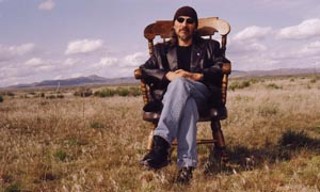 The Independent Lens lineup for April veers from challenging to loopy, but, as with most of the series' films, it's not to be missed. Independent Lens airs on PBS. The following are scheduled:

Trudell (D: Heather Rae): Rae's visually poetic film matches her charismatic subject, the "so articulate he's dangerous" Native American activist, poet, and musician John Trudell. Using considerable archival footage and clips of Trudell interviewed from the 1970s to the present, Rae assembles a compelling biography of the activist whose life was changed when tragedy – an event that would squash the spirits of lesser creatures – reincarnated his means of speaking the truth. For those wondering what all those "Free Leonard Peltier" T-shirts are about, this is a good tutorial, though that is not the focus of this engrossing film. Native American Rights, environmental racism, the power that comes from reclaiming one's voice, and ultimately, man's responsibility to family and the earth are profoundly expressed by Trudell. Some of the most compelling moments of the film are of Trudell, sitting and smoking, talking to the camera and telling it like it is. The film will anger those who believe in justice but, hopefully, inspire those new to the very old issues Trudell continues to fight for to step up. Airs April 11 at 9:30pm with multiple reruns.

La Sierra (D: Scott Dalton, Margarita Martinez): "Devastating" is the best word to describe it. The La Sierra of the title is a barrio in Medellin, Colombia, ruled by teenage paramilitary groups that rule with a logic reflective of abysmal circumstances and reasoning skills that are naïve, arrogant, and, in some cases, drug-induced. Pair that with automatic weapons, and you have a nightmarish world. What amazes is that the filmmakers gained this much up-close action along with the confidence of their painfully young paramilitary spokespeople. The film is not for the faint of heart. Airs April 18 at 10pm.

A League of Ordinary Gentlemen (D: Bill Bryan, Alex Browne, Chris Browne). Laugh if you want, but bowling is coming back, baby! At least that's the goal of the newly resurrected Professional Bowlers Association, led by Steve Miller. This wry look at bowling pokes gentle fun at the game and those who play it, from its glory days in the 1950s to its near elimination in the 1990s. When a new generation of geeks (literally) saves the PBA from extinction, it launches a slow but determined effort to re-create the game as loud and as out there as pro wrestling. Sort of. What fascinates in this documentary is not so much bowling, but the art of the spin. Airs April 27 at 9pm.

Personally, I know that when it comes to romantic partners, I'm not willing to share. So, this whole polygamy thing I chalked up as a once useful social construct ensuring women that they and their offspring would be cared for, and that, along with said offspring (the more the better), the family's economic base could thrive (i.e., the family farm). Without the economic incentive, what's the point? That's what appears to be missing in HBO's newest, highly touted series, Big Love, about a modern day polygamist, Bill Henrickson (Bill Paxton) and his three wives (Jeanne Tripplehorn, Chloë Sevigny, Ginnifer Goodwin). Also missing is any clear spiritual or religious devotion to this lifestyle. Oh, sure, "family" is mentioned, but really, isn't that just for show, along with Paxton's precious tush, which makes an appearance from time to time, as he labors to sexually appease his three wives? More to the point, there is no love in Big Love. Stupidly, that is what I was hoping for. Without that, it's a series about negotiating power in a context that leaves me feeling bereft instead of enlightened.

There are a few things I like about this show: the performances by Bruce Dern and Grace Zabriskie as the most dysfunctional married couple after the Costanzas (Seinfeld) are to die for. The creepy self-righteousness of Harry Dean Stanton as Henrickson's father-in-law and the patriarch of a fundamentalist compound, who threatens all Henrickson has worked for, is superb, as is the droll Mary Kay Place as his primary wife. And a shout-out should go to Veronica Mars alums Tina Majorino and Amanda Seyfried, whose teenage side characters promise to provide a compelling response to this whole mess in future episodes.