One night, one of a kind

If SXSW Film is a marathon monsoon of movies and guerilla marketing, the Austin Film Society's annual Texas Film Hall of Fame Awards is the calm before the storm, a ceremonial harbor of departure. Part old-fashioned Hollywood hype and part Texas tinsel, equal parts pomp and party, the gala celebrates all things cinematically Texas. And where else can you hobnob with former Gov. Ann Richards, Lyle Lovett, and Matthew McConaughey in an airport-hangar-cum-soundstage-cum-pavilion?

"It's really kind of hard to characterize this event," confesses Austin Film Society Executive Director Rebecca Campbell. "It's a big deal – a huge elephant. I sometimes look back and can't believe that we've been able to create and pull this thing off every year. It gets us about a third of our annual budget, so that helps. It raises our profile and brings decision-makers in the business together and educates them about the importance of film to the economy and culture of Texas."

"The creative spirit in Texas just seems to be that much better," boasts co-founder Evan Smith. "The imaginativeness, the inventiveness, the raw creativity. The Rick Linklaters and Robert Rodriguezes of the world – only in Texas. Their independence, their vision, is very much in line with the best filmmaking ever to come out of the state. That's something that nobody else can replicate. And that's what makes Texas film so different from any place else." Past honorees include such luminaries as Sissy Spacek, Tobe Hooper, Horton Foote, Robert Benton, Farrah Fawcett, and Robert Duvall.

"It's a perfect representation of what the [Texas] Film Hall of Fame is all about," Smith says. "You've got a veteran, Kris Kristofferson, who's done a lot of extraordinary film work both a while ago and within the contemporary period. He's someone who is iconic in look, iconic in his performances, and I think that's the kind of person that the Hall of Fame was set up to recognize. Then you have Matt McConaughey, who honestly is not that far out from a time when he was struggling to break into the business – but look at the distinct character and personality that he's put up on the screen in every single role. Both Kristofferson and McConaughey have brought a 'Texan-ness' to the screen. You could not mistake McConaughey as coming from Wisconsin or Kristofferson as coming from New Jersey. 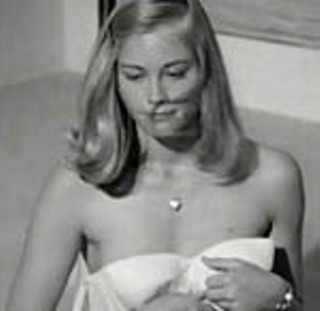 "In JoBeth Williams, you have a consummate professional, an extraordinary actress who can play it big and play it small, play leads and supporting roles. She's done every genre of film imaginable and she's been pitch perfect in every one."

This year's festivities mark the debut of a new category, the AMD LIVE! Soundtrack Award, honoring contributions by Texas musicians to cinema. The first recipient will be Lyle Lovett, also rumored to be performing at the event. "The Hall of Fame needs to be elastic – to give us the room to honor different kinds of people for different reasons," Smith explains. "We've given out Rising Star Awards, Lifetime Achievement Awards, Honorary Texan Awards. ... The AMD LIVE! Award has been created to honor a musician for his or her contribution to film: acting, soundtrack work ... whatever."

Capping the evening will be the traditional presentation of the Frontier Award celebrating landmark regional movies, this year to 1971's The Last Picture Show, Peter Bogdanovich's elegy for Fifties small-town Texas. Jacy Farrow herself, Cybill Shepherd, will be on hand to accept the award.

"Generations may know Larry McMurtry for Brokeback Mountain," Smith says, "but future generations ought to know Larry McMurtry for The Last Picture Show, for the extraordinary material he handed to Peter Bogdanovich. Here we are, 35 years later, and you look at that film and it's every bit as good today in the era of CGI, special effects, and green screens. You think about how films have been completely transformed again and again in the last generation, and then go back and look at the simplicity of that film.

"And Cybill Shepherd's performance was one of those things that you still look at all these years later – how do you not just cheer for it and know that her career's going to be extraordinary?" The same might be said for the Texas Film Hall of Fame Awards.