After the smoke cleared, 'The Whole Shootin' Match' helped give rise to the contemporary indie 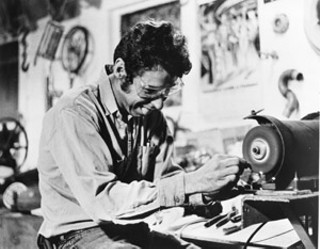 Not yet 30 years old, it has been a "lost" film for years. Producer Mark Rance tracked down a near mint print and digitally transferred and restored it.

The Film: The Whole Shootin' Match

The Importance: Texas filmmaker Eagle Pennell's first two films – The Whole Shootin' Match and Last Night at the Alamo – had a profound influence on the idea and geography of independent film. On a practical, yet still elevated, level, The Whole Shootin' Match was directly responsible for Robert Redford creating the Sundance Film Festival. As regional films, they were equally crucial, both among the first from this area to get national reviews.

"The Whole Shootin' Match, the first feature to be directed by the 25-year-old Mr. Pennell, is a loving, indulgent, funny, very casual movie about the ups and downs of a couple of innocent, self-defeating American clowns ... [it is] often a technical mess, but never for a moment is it out of control. Even the clumsiness of the photography works as a reflection of the sort of lives led by its characters. When someone walks offscreen, it's as if the camera couldn't keep up or had been distracted by something of less importance. The sepia print is faded in the way of jeans that have been left too long in the sun. ...

"[F]ar from predictable are Mr. Pennell's feelings for his characters and the performances he obtains from his actors. These are both surprising and invigorating. ... [The film] reportedly cost $30,000. It sometimes looks it, yet the movie has something ... far more expensive features don't have – a way of getting in touch with life."

"Robert Redford recently told the Hollywood Reporter that it was in 1978, while watching Shootin' Match at the U.S. Film Festival in Salt Lake City, that he first envisioned the Sundance Institute.

"'I thought a real service to the [motion picture] industry would be to provide a guy like [Pennell] with a place to train, a place to go where he could develop his skills.'" – "Fade to Black: The Wasted Life of Texas Filmmaker Eagle Pennell," by Steve McVicker, Houston Press, Oct. 14, 1999

"Robert Redford says his Sundance Film Festival, which last month wrapped its 25th season ... [has] 'gotten to the point now – almost to a breaking point' ... the 68-year-old actor said in a recent interview ... 'The festival that we do is the same one as we did the first year [programmed] for new voices and more experimental films. ... The difference now ... is everything surrounding it ... the merchants come, then the celebrities come ... the paparazzi ... fashion ... suddenly you've got a party where Paris Hilton's there and all the attention goes there and she's got nothing to do with anything ... basically [there are] two festivals going. ... You've got the festival we programmed ... and then the other one."

"Eagle Pennell died in his sleep Saturday evening at a friend's house. Reluctantly, I note that even at the end Eagle was a burden to his friends, creating unique and troubling problems. There are a hundred Pennell stories I could tell here, most having to do with alcohol and escapades. Pennell's personal weaknesses haunted and ultimately destroyed his life. But though the lost years far outnumbered the productive ones, they don't even hint at the story.

"The truth is that Eagle Pennell was one of the most important pioneers of independent and regional filmmaking; his influence on contemporary American cinema shouldn't be underestimated. ...

"The Whole Shootin' Match ... is the story of two losers, two dreamers who never give up – in the death of one scheme is the birth of another. It is a film that marries tremendous affection for its characters ... with the leisurely pacing of a born storyteller more interested in nuance than cinematic pyrotechnics. ...

"[The film] was a hit at the USA Film Festival (predecessor to Sundance). ... [I]t insisted that, rather than dream about Hollywood, filmmakers should go out and make their own films; it was a declaration that regional cinematic storytelling was as evocative as anything coming out of Hollywood. Released in 1978, two years before John Sayles' Return of the Secaucus Seven, it was a call to action. Moviemaking belongs to no industry; it belongs to the people who make movies."