Dick Rude on 'Let's Rock Again!' and the Legacy of Joe Strummer

"Everybody has a story to tell," says Joe Strummer, late of the Clash, the Mescaleros, and the Earth. And in Dick Rude's glorious, moving documentary Let's Rock Again!, the story of Strummer's final American and Japanese tours spins out like a punk rock cable from the beyond. Strummer, with a voice that even in 1977 sounded as though he'd just woken up and gargled with gravel, was an icon long before he died of a heart attack in December of 2002. What makes Rude's stripped-down, maximum rock & roll doc more than just another concert film or audiovisual eulogy is Strummer himself, basking not in his iconic status but in squalls of feedback, dub-groove echo washes, the fans, and the simple joy of DIY music, three chords and the truth.

Death or glory? Both, thank you.

Dick Rude: I met him during the post-production for Sid and Nancy. I had wanted to do a music documentary, and, after Joe finished the Global-a-Go-Go record, he phoned me up and said why not go on tour with them? That was the summer of 2001.

Austin Chronicle: At the time, Joe's work with the Mescaleros wasn't even breaking even for their label, right? 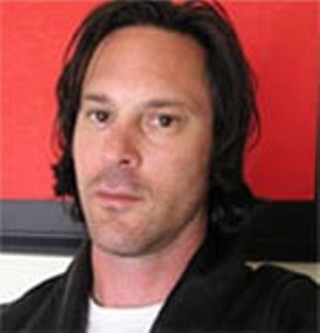 DR: Yeah. When the Clash were with Sony/Epic, they were locked into a pretty ugly contract, so this time around he ended up on Epitaph/Hellcat, who were basically giving him a one-off deal. And they're not Warner Bros., where they can go out and spend millions of dollars on marketing, which, no matter who you are, can make all the difference in the world.

AC: Joe died before your film was completed and before his third album with the Mescaleros was released, right?

DR: Yeah. I had just cut all of the songs together, but I hadn't started to build the documentary yet. There are some songs on their last album, Streetcore, that rival anything that the Clash did. I honestly believe that had he lived to see that third record come out, there would have been a strong possibility that that would have taken him to the top again.

AC: Joe Strummer and the Clash mean something to everyone. What do they mean to Dick Rude?

DR: He was my brother, my hero, my mentor, and my best friend. When somebody's that close to you in your life, you can't really separate what he does from who he is, you know? As for Joe, though, I know that through all of those years of making music, he wanted people to walk away with the feeling that they had been given something to chew on, something for the soul. And while hanging out with him on the road, so many people would come up to him and say something along the lines of "You and your music changed my life," literally. For him to have been able to affect so many people that way, and to, you know, know and appreciate it and be humbled by it, is just such a blessing, a profound blessing.