The Rockford Files: Season One 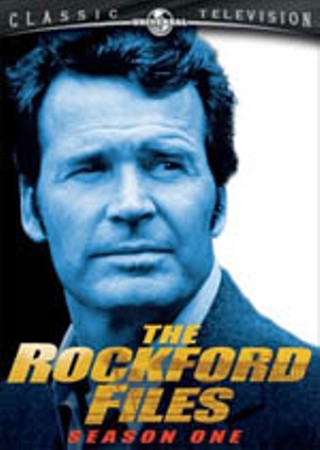 The Rockford Files: Season One

Every decade is a good decade for cops. Which means, by extension, that every decade is a bad decade for private investigators. Police detectives got a big-screen makeover in the early Seventies via The French Connection and Serpico, while boob-tubers were downgraded from Jack Lord in Hawaii Five-O to Peter Falk and his raincoat in Columbo before Telly Savalas (d)evolved the archetype a couple of years later with Kojak. In 1974, hot off the theatrical success of Support Your Local Sheriff and its equally smartass sequel, Support Your Local Gunfighter, James Garner and TV producer Roy Huggins updated their small-screen precursor to the Support films, Maverick (1957-62). What co-creator Stephen J. Cannell came up with in his pilot for The Rockford Files, however, was actually a throwback both to Garner's cinematic past and one of L.A.'s favorite sons: Philip Marlowe. Raymond Chandler's Little Sister had become MGM's Marlowe in 1969, fitting its star – Garner – like a .38 in a coffee can. Chandler's coffee can became Cannell's cookie jar, both in the kitchens of their private-dick protagonists, antihero everymen of the mid-20th century. Like Marlowe, Garner's Malibu-slumming ex-con, Jim Rockford, could no more hold his tongue in the face of adversity than thugs could hold off giving him a good thumping for exactly that. Rockford can't get to his mailbox without picking up a tail and then being told to lay off – or else. In the sole bonus – Universal's spared every expense, not to mention the pilot – Garner reveals that car chases stood in for gunplay ("I picked that Pontiac Firebird because it could handle"), and that Rockford's big-eyed co-conspirators (Lindsey Wagner, Joan Van Arc, Shelly Fabares) couldn't show cleavage. Instead, 23 one-hour episodes on three DVDs tantalize with grade-A Chandlerese like "Oh come on, Lieutenant, I didn't come down with yesterday's rain." Humor hasn't yet overtaken the drama, as would happen later with Magnum P.I. and Remington Steele, but in Garner's irrepressible, eventually Emmy-winning shamus, The Rockford Files (1974-80) remains as timeless as a blackjack to the back of your skull. "I guess that's the penalty for living in a world where all the price tags end in 99 cents and they sell mortuary plots on billboards next to the freeway ..."