Texas (finally) gets a horror-film convention to call its own 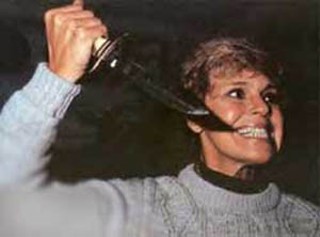 For years, Texas horror-movie fans have been left out in the cold and the dark by the national touring circuit of such genre conventions as Fangoria's Weekend of Horrors and East Coast mainstay the Chiller Theatre Expo. That's changing this weekend with the first official Texas horror con in almost two decades, the Texas Frightmare Weekend, which subsumes the unsuspecting Grapevine Convention Center for 48 hours of screenings, panels, music, and, oh, God, yes – the dealer's room to end all dealer's rooms.

"I've been a big fan of the horror industry and horror films for all my life, and, so, this is something that I've kicked around for a few years now before deciding to take the plunge and just do it," says TFW Director Loyd Cryer.

"We started off by contacting [special make-up effects icon] Tom Savini," Cryer adds, "which then led us to Bill [Leatherface] Johnson of The Texas Chain Saw Massacre 2 and then turned into a full-fledged 20th anniversary Chain Saw 2 reunion with the addition of Bill [Chop Top] Moseley, Caroline [Stretch] Williams, and John [Joe Bob Briggs] Bloom. At first though, it was very much a let's-throw-it-against-the-wall-and-see-what-sticks kind of process."

"This is really what a lot of people have been waiting for in this area," says Lehman, noting that "there's a huge amount of horror fans and film in Texas and that's been something that's been largely ignored over the years, the massive fan base we've got here."

That said, music and mayhem have always gone together – just ask Rob Zombie or Glenn Danzig – and this weekend's events underscore the point with performances by spooksters the Horrifics, Freak 13, and the reunion of seminal Dallas speed metallers Rigor Mortis.

And did we mention Austin access/Fangoria TV ringmaster Professor Griffin will also be in attendance with his Midnight Shadow Show entourage? Indeed:

"We're going on the merits of our local show and not Fangoria TV," says Griffin, aka Austin actor Joseph Fotinos, "but we'll definitely be screening preview stuff and doing plenty of giveaways."

For more information, ticket prices, and directions, go to www.texasfrightmareweekend.com.