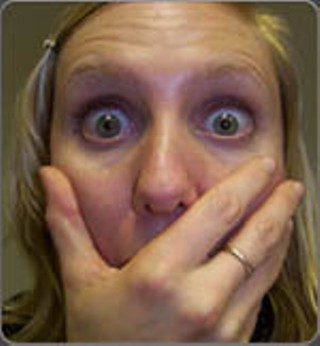 A few years back, I said Austin was becoming the best place to find media whores. At the time, I was joking. I was receiving monthly notices and phone calls from reality-show producers telling me about their "extraordinary" new reality series and when they would be coming to Austin looking for cast members. Now, those notices come weekly. However, the releases have now expanded a bit beyond reality programming. Here's a sample from the latest batch.

The folks that brought you Mr. Bean and Billy Elliot are coming to Austin in search of funny stories and the people who create them for a new reality series being prepared for TLC, Ultimate Blunders.

"This is a massive series and [TLC] is extremely keen to launch it with a bang!" says Associate Producer Melissa Mayne of Tiger Aspect Productions. "Maybe you've mistaken your friend's mom for his sister and tried to kiss her? Fallen into the toilet in your new in-laws' bathroom and got stuck there? Sent a sexy e-mail to your whole company by mistake? Been caught doing a bad impression of your boss when he's standing behind you?"

You get the idea.

If you are not the blunderer in question, Mayne and company welcome nominations. For more information, call 240/223-3450 or go to www.tlc.discovery.com/fansites/apply/getontlc.html. Ultimate Blunders premieres next summer.

"I am looking for cultural, Latino-themed stories in Texas for our two nationally syndicated TV shows, American Latino TV and LatiNation. Both shows are in English. If you have any stories you'd like to pitch, please e-mail a brief description of the story, along with a name and phone number of the best person to contact, to Sylvia Martinez, sylvia@maximas.tv. Please think visuals."

Shooting takes place in Austin Dec. 4-5. Other cities and shooting dates include San Antonio, Dec. 1-3; Corpus Christi, Dec. 6-7; and Houston, Dec. 8-9. For more, go to www.aimtv.tv. American Latino TV and LatiNation air back-to-back on Monday mornings, 1am and 1:30am, on CBS affiliate KEYE.

Got a quick how-do-you-do with the new leadership of ACTV, now known as Public Access Community Television. Executive Director Linda Litowsky and General Manager Garry Wilkison spoke at a recent Reel Women meeting, sharing some of their plans for the future of Austin's public-access TV. As veterans of local TV and working freelancers, their TV roots run deep. Litowsky was an ACTV board member in the early Eighties, involved in negotiations with then cable provider Austin Cable Vision. Wilkison helped launch Travis County Access TV.

Let's be frank. Tumultuous is the best word to describe Austin access TV in the recent past. Add to that potential legislation that might challenge the future of public access TV nationally, and one wonders why Litowsky and Wilkison would take on such an ornery beast. Yet the team is resolute in their vision for a dynamic future.

"Nothing will change drastically," Litowsky says. "But over time there will be a difference." Some of the changes she wants to spearhead include raising the technical quality and ability of the facility and its users, including updating woefully old equipment. New equipment means new training, but the team would also like to see courses offered on other skills like How to Make a Documentary or How to Be an Assistant Director. The documentary course in particular is Litowsky's baby. She sees it as an ongoing seminar that will not only teach the basics but also allow participants to walk away with a reel, a valuable calling card for seeking future projects.

Litowsky wants extensive training programs for beginners through advanced users, offered by industry professionals at a reasonable cost, or for free when possible. These improvements should attract new producers to PACT and, in what might be the thorniest idea of all, broaden the scope of programming. Litowsky believes moving to a seasonal format should enable more shows to be seen and make access TV truly accessible to the community.

"Austin is no longer on the cutting edge of the access TV universe," says Litowsky, referring to Austin's access TV in its nascent days. "We want to rebuild the original 'heart of Austin' drive that got it going in the first place."

The next producers' forum for those wanting to learn how they can make use of public access TV takes place 6pm, Nov. 29, at 1143 Northwestern Ave. For more information on PACT and other events, go to www.austinpact.org.