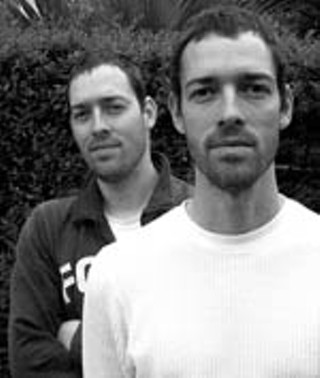 Michael and Mark Polish, the identical-twin filmmaking team responsible for the films Twin Falls Idaho, Jackpot, and Northfork, are prime examples of successful independent filmmakers. All three of their films are unique visions that were made with minimal capital raised on their own and that found distribution with Sony Pictures Classics after the films were finished. Nevertheless, the duo's first three movies (they just finished shooting on their fourth feature) hardly have the bargain-basement look so common among indie films. The brothers always manage to get remarkable images (courtesy of their regular DP, M. David Mullen) despite their minimal budgets and, furthermore, to maximize the strengths they do possess. The two used themselves as the stars of Twin Falls Idaho, appearing as the story's conjoined twins. Jackpot, a tale of a self-deluding country singer and his manager, was the first film to be shot with Sony's 24P HD camera, beginning the big migration to digital filmmaking. And Northfork – the first of their three scripts, but the third to be made – waited while they honed their chops making a couple of films that were less visually and dramatically demanding. They have now published a guide to indie filmmaking called The Declaration of Independent Filmmaking: An Insider's Guide to Making Movies Outside of Hollywood, and will be in Austin on Thursday, Nov. 10, for a screening of Northfork. When asked what prompted them to write a book, Michael Polish replies, "I really tried to write the book that wasn't there when I was looking for one. There just wasn't a book out there that broke it down into layman's terms and also answered the questions that people are afraid to ask. I think a lot of people are scared of the film industry because they don't know the right words or the right financing. I just tried to break some of those myths that people might have."

Indeed, the book, which the brothers co-authored with Jonathan Sheldon, breaks down the various stages of production and provides lots of practical examples, artwork, and definitions. Their experience and commitment to their vision is apparent on every page.

"I think there are a lot of filmmakers out there who have good stories to tell but may need help," Polish says. "If you're looking for independents to stay alive, if there's going to be a revolution in filmmaking, it's going to have to start with a book."

The Polish brothers will attend a screening of Northfork at the Alamo Drafthouse Downtown (409 Colorado) tonight, Thursday, Nov. 10, 7pm. The event, presented by BookPeople, will include a booksigning. General admission is $8, while $15 gets you a copy of The Declaration of Independent Filmmaking. For more information, see www.originalalamo.com and www.bookpeople.com.