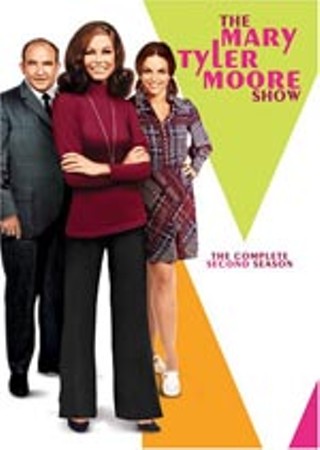 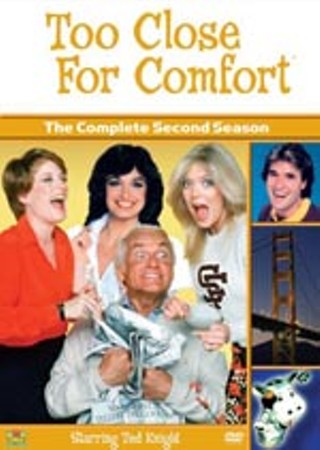 Too Close for Comfort: The Complete Second Season

Only a fool would sit through 545 second-season minutes of Too Close for Comfort, 22 silly sitcoms from 1981-82, plus extras, over three DVDs. Or The Complete First Season, for that matter. (Ahem.) Tadeus Wladyslaw Konopka was exactly that clown. "Comedia dell'arte," pronounces Mary Tyler Moore writer Stan Daniels, and as a king of the "comedy of professional artists," Ted Knight deserved at least as many bronze stars for laughs as he won for valor in battle during World War II. Ted Baxter was not an easy putz to live with, after all. "He said once that on Mary Tyler Moore, the cast and other people started treating him like Ted Baxter," remembers Knight's Too Close co-star Nancy Dussault in a commentary on disc one of The Complete Second Season. "And how hard that was on him – how bad that made him feel. Like he really was that egomaniac buffoon." By all accounts Knight, who died from cancer in 1986 – thereby killing season five of Too Close for Comfort, originally based on UK laugher Keep It in the Family – was anything but an idiot. "Vain," according to Dussault; a "scary presence" titters Jim Bullock, Too Close's Baxter-like clod Monroe. Yet "when you needed a laugh, that's where you went," says MTM's Daniels. "You went to Ted." Which the landmark series' second season (24 episodes also on three discs) does time and again in chapters like "And Now Sitting in for Ted Baxter," "Ted Over Heals," and especially "Cover Boy," in which Jack Cassidy nearly out-Baxters Knight as his brother. As with the second year of Too Close for Comfort, 1971's second go-round for MTM falls into its groove, first season jitters gone. Cloris Leachman, who won an Oscar that same year for The Last Picture Show, is Knight's equal, a real-life ex-beauty queen almost as stunning as her personal wardrobe seen on the show (1970-77). Three years between DVD seasons results in new MTM bonuses, the best of which is a vintage Mad magazine strip. As comic book artist Henry Rush, Knight turns Lou Grant blustery, yet no matter how dumb the setups in Too Close, this son of a Polish immigrant hits the mark every time. "Ted Baxter is an extension of Ted Knight," said the man himself in a TV Guide interview. "I'll never completely divorce myself from that guy." Or Judge Smails.

Dead Like Me: The Complete Second Season (MGM, $49.96): Still not Six Feet Under, Rube, Roxy, Mason, Daisy, and Reaper-in-training George (Ellen Muth) continue ferrying the dead to a better place whilst struggling above ground like us mortals. Nasty gravelings pale next to the dark charm of head deadman Mandy Patinkin.