John K. on the staying power of 'Ren & Stimpy' Ren & Stimpy creator John Kricfalusi (aka John K.), who's toting a smorgasbord of his Spumco brand cartoon delights down to the Alamo Drafthouse Downtown for four shows on Aug. 13 and 14, has had more than his share of run-ins with contrary TV executives. His addled feline and wise-ass chihuahua were instant hits among kids and weird adults when they debuted on Nickelodeon in 1991, but ugly face-offs with the higher-ups at the channel threatened to scuttle the careers of America's favorite barely domesticated duo.

The tug-of-war ended badly for the cartoonist in 1992, when he and his staff were axed from their own show. A team called Games Animation quickly took over, but viewers soon sensed the old Spumco magic had evaporated. The characters seemed doomed to spiral into obscurity, even as Kricfalusi kept Spumco afloat by doing the occasional TV commercial, music video, product design, two seasons of a very unorthodox Saturday-morning superhero show called The Ripping Friends, and even realizing a childhood dream.

"Since I was a kid, I always wanted to make my own Hanna-Barbera cartoons," he says, "so, when Fred Seibert took over H-B in the mid-Nineties, I asked, 'Why don't you let me do some shorts of Hanna-Barbera characters my way?' I showed him the way I drew them – kind of a caricature – and he said, 'Go ahead!'" Previously, Kricfalusi owed the majority of his early work experience to Paul Terry's Terrytoons, via producer Ralph Bakshi's 1987-88 revival of Terry's Mighty Mouse. 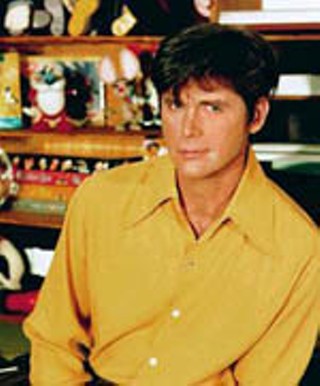 John Kricfalusi will be at the Alamo Drafthouse Downtown at 7 and 9:45pm hosting his own personal animation extravaganzas on both Saturday, Aug. 13, and Sunday, Aug. 14. For more information, see www.originalalamo.com.

In 2002, Spike, the "First Network for Men," announced a new block of CFFAs ("Cartoons for F***ing Adults") in their fall lineup, including both classic R&S episodes and the brand-new Ren & Stimpy Adult Party Cartoon series; Spumco was unleashed in an "anything goes" atmosphere. "Basically," Kricfalusi recalls, "I went back and got a bunch of the stories that were rejected by Nickelodeon!"

Nonetheless, some old-time R&S fans flooded Internet forums with complaints about the new cartoons, like "Onward and Upward," in which Ren and Stimpy are evicted from living in a hobo's groin and move into a bar spittoon, and "Fire Dogs II," wherein the pair is called "Tommy and Eddie" as they spend their time attending to the bowel movements of The New Adventures of Mighty Mouse producer Ralph Bakshi (Fritz the Cat, Cool World). The rabble's chief beef, apart from a repeat of the lateness that plagued Spumco at Nick, was that again, the characters weren't the Ren and Stimpy that they fondly remembered. In 2003, Spike put the series on hold.

But neither the repeated delays nor misgivings about the new cartoons have done much to tarnish the planet's appetite for the classics: An "uncut" 2004 DVD release of the earliest Spumco-produced Ren & Stimpy shows from Nickelodeon proved to be a brisk seller, as have reruns on Spike and elsewhere. Another batch of R&S Nicktoons just appeared on DVD shelves last month under the title The Ren & Stimpy Show: Seasons Three and a Half-ish, with The Ren & Stimpy Show: Season Five and Some More of Four due to follow in September. These, though, contain the not-so-highly anticipated later Nickelodeon cartoons produced by Games Animation and aired after the ouster of the Spumco crew. "A lot of cartoons that I wrote are on there," Kricfalusi warns, "but someone else directed them, and they directed them wrong and didn't make the points that the cartoons were about."

Looking further ahead, Kricfalusi announces welcome news: "In December, the 'lost episodes' that have never aired are coming out on DVD. And I directed all of them!" (Rumor has it that if the DVDs remain profitable, new direct-to-disc episodes could be next.)

"I've also been pitching The New Adventures of Mighty to Paramount for about eight years," he says. Following Quentin Tarantino's Rolling Thunder model, he hopes to reissue original 1940-50s Terrytoons and black-and-white Popeye classics. He's got his work cut out for him. "Executives will tell you, 'Kids don't like black and white.' I dunno, every kid I show Popeye and Betty Boop to, they love 'em. ... It's very hard to convince executives that people like entertainment." Fortunately, the proprietors of the Alamo theatres do believe that people like entertainment, and there should be no shortage of it during Kricfalusi's exhibitions of cartoon cacophony.

"Each show will be different," he promises, "though there's a little overlap, because there's one cartoon that everyone wants to see! And maybe, if somebody gives me a guitar, I'll yodel."