Kadeem Hardison is in for 'The Cassidy Kids'; plus, 'Poodle Dog Lounge,' 'Rescue Me,' 'Mexican Sunrise,' and more 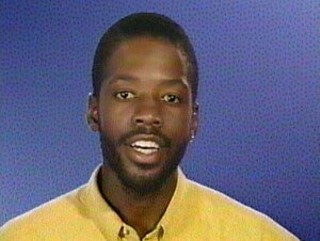 Naming the Stars: Dwayne Wayne, ur, Kadeem Hardison (right), is in town to play a former child star who resists a reunion show in The Cassidy Kids, the Burnt Orange production now shooting locally. I wonder if this is the time to suggest A Different World reunion? The film's other two leads are Anne Ramsay (Six Feet Under's Jackie Feldman), and stand-up comedian/actor Judah Friedlander, who is perhaps best known as the hug guy in Dave Matthews' "Everyday" music video.

Raising the Sun: One of Tom Copeland's last acts before retiring as Texas Film Commission head was to rave about writer/director Rowdy Stovall and his indie film Mexican Sunrise, which shot at Austin Studios earlier this summer. When not practicing the acting craft, Houston native Stovall played football at Stephen F. Austin State University then spent a few years in Mexico teaching and surfing. His latter experience colors Sunrise, the story of a bachelor party across the border that turns deadly, leaving friends to choose who among them will die. Copeland left the Sunrise set inspired by what he saw. Apparently he wasn't alone; Stovall has been chosen to attend the Sundance Institute 20th Annual Independent Producers Conference this week.

Raining Dogs and Cats: Stacy Schoolfield's documentary "Rescue Me," which follows people who rescue homeless dogs, cats, and the occasional tiger, gets its premiere Saturday at 8:15pm at the Dallas Video Film Festival. After she learned that more than 20,000 animals are euthanized every year in Austin, Schoolfield volunteered to foster critters. The film follows her experiences and features an interview with governor wannabe Kinky Friedman, who founded the Utopia Animal Rescue Ranch in Medina. Schoolfield is also busy these days producing the Kat Candler-directed film jumping off bridges and planning another doc about Austin's homeless people.

Reshooting the Pooch: Poodle Dog Lounge, the television series pilot that takes place at the Burnet Road bar, had some reshoots this past weekend at Red's Scoot Inn and Tips Iron Works. Creator Bonnie Orr reports she has several production companies waiting to take a look when it's complete. Orr will serve as script supervisor for Mafioso, which is expected to shoot in Philadelphia later this month from her script. She's also completed an adaptation of David Marion Wilkinson's novel Oblivion's Altar about Cherokee chief Ridge Walker, and is adapting another Wilkinson book with the aid of the author and actor Todd Allen, an Austin High grad.

Releasing a Wolf: The Legend of Ghostwolf, shot at Willie Nelson's Western set, is out on DVD from Los Angeles-based Silver Nitrate. The story of a woman who's looking for treasure in Texas only to run into something gruesome is the brainchild of Shane Scottis, an auto mechanic who also dabbles in special effects work for films including The Alamo, Spy Kids, and Office Space. Scott Perry, who brought the world Teenage Catgirls in Heat, secured the distribution deal. The dynamic duo is working on a Western they hope to shoot hereabouts in the fall.

Praising an Indie Lion: OK, it's official. Kyle Henry is the "it" guy of Austin independent film. So sayeth Filmmaker Magazine, which lists him as one of the top 25 up-and-comers of independent film. Perhaps it's that his first feature, Room, played so strong at the Sundance Film Festival that it was chosen for a spot at the Cannes Film Festival. But maybe it's that the Austin resident believes in making films that challenge viewers. Also on the list are Neill Dela Llana and Ian Gamazon, whose Cavite was a SXSW Film festival award winner. John Pierson's UT advanced producing class worked as a group to push the film at the prompting of his wife, producer Janet Pierson, who was blown away by the thriller that includes only one actor.