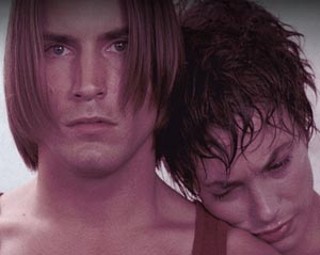 Joe Dallesandro is chuckling in my ear, and it's freaking me out.

"It was before its time when we did it," he says via telephone from Los Angeles, that unmistakable Brooklyn-and-busted-bottle patois running roughshod over my psyche. "It's very sick."

The "it" Dallesandro is speaking of is his 1976 film Je T'aime Moi Non Plus, a scatological love triangle between two gay French garbagemen and ultra-androgynous Jane Birkin, then wife of director and eternal icon de Français Serge Gainsbourg, the multifaceted artiste who made smoldering Gitanes and louche leerings a spectator sport nonpareil.

Birkin commented of Gainsbourg at the time, "His sicknesses are infinitely more interesting than other people's health," and make no mistake, with its seedy truck stop locales and piercingly sodomaniacal backstory – Joe can only get it on with Jane by thinking of her behind as a boy's, you see – the rarely exhibited Je T'aime is as scandalous and transgressive as they come.

It's also, make no mistake, a masterpiece. Possessed of a serenely decrepit mise-en-scène of weathered and flyblown locations that positively cry out for the insertion of doomed, damned love, this lyrical epithet of a film plays like a sex-mad Shakespeare on Sergio Leone's dime.

And then, of course, there's Dallesandro, he of the Andy Warhol/Paul Morrissey films Flesh, Trash, Heat, Flesh for Frankenstein, and Blood for Dracula (among others); "Little Joe" of Lou Reed's "Walk on the Wild Side"; beefcake icon; and all-around merchant of menace. Stalking through the film like a rippling gay golem with a hard-on for trouble, he deftly holds his own against the rapturously gamine Birkin and even a young Gérard Depardieu, who appears briefly, but oh-so-memorably, as the "Man on Horse." You do the myth.

Of working under Gainsbourg, Dallesandro recalls, "Everybody just trusted in him. Jane was his girlfriend at the time, or his wife, and it's a little difficult to play love scenes with someone when the husband is on the set of the film and he's directing it. But we had fun. The great part was having Gérard coming down on the weekends to shoot his scenes."

At once a grim portrait of brutal emotional brinksmanship and an utterly original love story straight from the heart of the beast, Je T'aime remains Gainsbourg's own personal arc de triomphe. And out of his entire body of work, it's Dallesandro's favorite.

Je T'aime Moi Non Plus plays the Alamo Drafthouse Downtown on Saturday, Aug. 6, 7pm. The screening, presented by the Alamo, the Austin Film Society, and the Austin Gay and Lesbian International Film Festival, will be followed by a Q&A with Joe Dallesandro. For more information, see www.originalalamo.com.