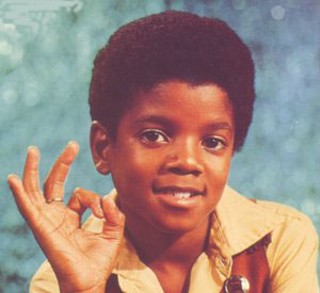 As media circuses go, the Michael Jackson trial was mild when compared to the O.J. Simpson trial, the other high-profile trial fueled by charges of heinous and lurid crimes. However, in their hourly struggle to fill airtime, the cable news networks provided post-trial assessments ad nauseam once the verdict came down last week. Just in case we're wondering how the trial should have turned out, CNN ran a banner that read, "What went wrong?" beneath their posse of talking heads. Alongside these armchair prosecutors, entertainment writers from print and TV were asked to comment on the future of Jackson's career: Was a comeback in store for the King of Pop? He may be a pariah, but can he still make bank?

Jackson's fans, camped outside the Santa Maria courthouse where the 14-week trial took place, were thrilled when he was found not guilty on all 10 counts of child molestation and related crimes. One ecstatic fan released a white dove for each of the acquitted crimes. Jackson himself was as stony-faced entering the courtroom as he was after he was declared a free man. Later, on his Web site, he declared his vindication on par with the birth of Martin Luther King, the release of Nelson Mandela, and the fall of the Berlin Wall. Jackson attorney Tom Mesereau was less effusive, saying, "Justice was done."

After taking this all in, my question was, as Peggy Lee dolefully sang, "Is that all there is?"

Not that child molestation is a minor issue. But in the effort to ride the wave of yet another celebrity trial, the media failed to grasp the complex core issue. And Jackson's fans, for all their unconditional devotion, have done no better than the media they vilified on Jackson's behalf.

For black and brown people of my generation, the Jackson debacle is particularly painful in a way that few have articulated. For many of us, a defining, pop cultural moment occurred when the Jackson Five (with little Michael as the front man) first appeared on The Ed Sullivan Show in 1969. In that short, mind-blowing performance, something sprang free. Here was this kid who looked like us in his cool-dude bell-bottoms and vest, with a perfectly shaped afro and incredible agility, busting loose with that jubilant, bell-like voice. Jackson was like a Griot, shouting out what most of us only dreamed of, if we dared to dream it at all – we have a voice. Michael Jackson was ours. Michael Jackson was us. Seeing and hearing Michael Jackson for the first time was like hearing good roots music. It hits you at the core and wakes up what is dormant, rousts the soul and reminds you you're alive and that, once unleashed, won't be contained again. Some of us tried his moves, tried to sing in that man-child tenor, but mostly, we just liked to hear the sound of our voice coming from him.

But something broke when he reached young adulthood. The glove was the first clue. When Jackson began to morph from a perfectly appealing-looking young black man to what now appears to be a cross between Diana Ross and Disney's animated Peter Pan, that transformation was more than strange to those of us who first saw that liberating appearance on the Sullivan show. It was painful. Maybe he does have that skin disease that mottles the skin with patches of white. But most black folks (as my close friend, a black woman, is quick to say) try to find make-up to match the brown, not the white. While many brown and black folks of my generation are well-schooled in the rhetoric of internalized racism and use this language to explain Jackson's behavior, it does not lessen the sting.

I have no idea what Jackson did or did not do to those children at his Neverland Ranch. I do believe that the larger issue of molested and exploited children went, and continues to go, woefully unexamined. This is even more troublesome when one considers that abuse does not happen in a vacuum, but is typically part of an ongoing cycle. The abused become abusers until, somehow, the cycle is stopped.

For those fans who proved they love and support Jackson the most by maxing out their charge cards in order to camp outside the Santa Maria Courthouse, why is it that with adoration comes obliviousness? I don't believe any of these people love Jackson for who he is, but for how his music makes them feel. And yet, there seems to be so much unspoken pain behind that white make-up and unrelenting grip on childhood by a 46-year-old man. And if the charges of molestation are true and went unpunished, then, the cycle goes on into the next generation.

Like O.J. Simpson before him, Jackson's reputation in the court of public opinion (aside from his dazzle-eyed fans) will never recover. That will surely keep the infotainment news sources squawking for some time. In the meantime, those of us who remember Michael Jackson before the glove will always mourn the boy we grew up with, who moved us and left us many years ago.