Director Zev Asher on 'Casuistry: The Art of Killing a Cat' 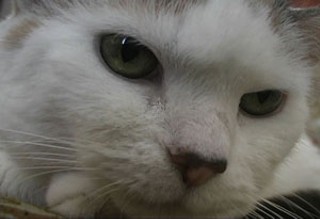 When is a snuff film not a snuff film? Does a documentary film recounting horrific acts of brutality against animals count as exploitation of those acts and animals, or is it a valid and necessary arrow in the quiver of rationality and a thoroughly sane attempt to explore and explain acts that appear to be insane? And while we're at it, what the hell is Art, anyway?

The Alamo Drafthouse Cinema is no stranger to controversy, but the Austin art house's upcoming screenings of the documentary film Casuistry: The Art of Killing a Cat are already generating concern from local animal-rights activists and various members of the film-going public. But is there really cause for alarm? And isn't Austin the one place in America where rational cinematic discourse nearly always trumps ill-informed outcry? (Maybe not. The Alamo's original Cannibal Film Festival, humorously featuring mock dishes made from "real" human flesh, was greeted with all-too-real dismay by certain members of the public several years back, resulting in a visit to the theatre's downtown location by a member of the Board of Health.)

Directed by Canadian filmmaker Zev Asher, Casuistry follows the story of Jesse Power, Anthony Ryan Wennekers, and Matthew Kaczorowski, three young Toronto residents who in May of 2001 filmed the mutilation and subsequent killing of a cat named Kensington in the name of high art (literally – the trio ingested a hallucinogen derived from jimson weed before embarking on their misadventure).

Asher's film documents the ensuing media firestorm with a painfully clinical eye, and none of the actual footage of the killing is shown (although cat viscera is depicted in the film's opening). In its stead, the police incident report is seen in its entirety, scrolling up the screen in all its coolly detached ghastliness. That the three were eventually arrested by Canadian authorities, tried, and convicted on grounds of animal cruelty is cold comfort to cat fanciers and art patrons alike, but the fact remains that Asher's movie (an "art film" if ever there was one) is itself as innocent as Kensington the Dead Cat. 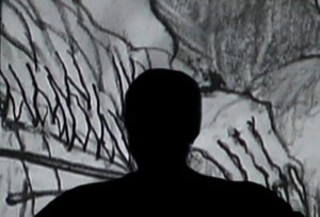 Of the controversy surrounding his film, Asher, via phone from Toronto, says, "I'd been following the case because I found it fascinating and I thought there was probably a lot more there than the media uproar in Canada was letting on. It was massive in Toronto, with protests outside the screening, death threats to the programmer at the Toronto International Film Festival. None of the protesters had seen the film. A lot of them were just driven by the title, which I chose purposely to push buttons. I just got some hate mail the other day saying, 'How dare you kill a cat for a film.' I had thought it would generate a little bit of a controversy, but nothing like that. I just thought it was a good story that no one else had approached, and since I had connections in the art world, I could get to these guys."

If anything, Casuistry is a pro-animal, anti-stupid human film, and one that calls into question not only the validity of the act, but the mental state of the actors, none of whom seem to put much thought into their willfully inept atrocity exhibition. As a testament to the ability of seemingly sensible people to act in callous disregard to societal mores while perching precariously atop the shaky firmament of Art, it's a doozy. We don't know if it's art, but we know we dislike it.

Says Asher, "I see it first and foremost as a disgusting, vicious act, but I think there is an element of art there. I just read that Damien Hirst thinks the World Trade Center bombing was an art piece. That's extreme. But as far as what Jesse Power did, I can see that the original intention was to create art. But it obviously got way off track."

Back at the Alamo, owner Tim League has invited animal-rights groups to set up and distribute information in the theatre's lobby in an effort to defuse outcry from Austin activists and the public at large, although he notes that some sort of protest situation is expected, adding that the APD has been informed.

That said, you might be wondering what the American Society for the Prevention of Cruelty to Animals thinks of the Canadian filmmaking scene's most explosive export since Scanners.

Asher's glad you asked: "The ASPCA in New York just bought a copy of the film to be used for training cops and shrinks, which kind of puts all the protesters in the category of being morons. They said to me, 'It's a very important film and thank you for making it.' That kind of makes it all feel a little better for me."

Casuistry screens at the Alamo Drafthouse Downtown on Tuesday, June 28, July 5, and July 6 at 9:45pm. For more information and the full text of the theatre's e-mail correspondence with an anonymous protester, see www.originalalamo.com/online_tix/show_details.asp?show_id=2727.