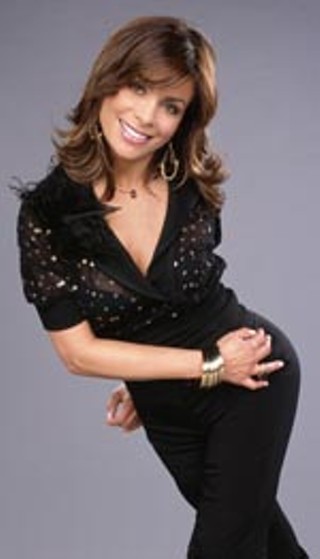 I'm not an expert on American Idol, but I play one on TV.

For those not inclined to wake up in the wee hours to catch Fox 7 News in the Morning, for the past few weeks I've been appearing on a Wednesday morning segment called "Idol Chatter." In this, I appear with Fox news reporter and American Idol fan Katherine Kisiel, along with rotating local music and radio personalities, to discuss the American Idol performances the night before. Except for the 6:45am call, I thought it would be an easy gig. Now, with the "scandal" rocking the show, I've suddenly become the go-to person for all things American Idol. A former contestant has said he had an intimate relationship with judge Paula Abdul and that she coached him through the contest until he was asked to leave for not revealing he had an arrest record.

Did Paula do it?

Will this scandal kill American Idol?

Will I continue to watch the show?

Who will win this year's show?

The short answers are: I don't know. No. Sure. You got me.

Now, for the longer answers.

I don't know what Paula Abdul or anyone else does in their private life. Is it possible she had an intimate relationship with a contestant? Not having been a fly in her bedroom or any place else she prefers to get busy, I cannot say. Am I surprised that a sexual dalliance may have occurred? Of course not! When you get a bunch of enthusiastic, relatively attractive young people invested in a dream, a certain energy emerges. If eros filters into the mix, who can be surprised?

Scandal has never hurt American Idol and in fact seems to propel it. In spite of setting itself up as a biting exposé into the scandal, ABC's Primetime Live did little to destroy the show. Instead, ABC helped promote another network's product. What a deal!

The core conceit of American Idol is that the viewers decide the outcome. Unless the audience comes to believe their will does not drive the outcome of the show, American Idol will thrive – with or without Paula Abdul. Yes, Paula is a branded element of the show, but she's not Simon Cowell and she's not even Randy Jackson, both of whom actually have something incisive to say about the performers. The show would suffer if she were asked to leave, but her goody-goody, rah-rah performance is easily replaced. I don't believe she's a one-of-a-kind voice, in spite of what her supporters say.

Yes, I'll continue to watch the show. And, yes, I have an idea who I think should win. Who will win? That's another story.

Pop-culture pack-rat alert: Do you collect celebrity dolls, TV-themed lunch boxes, or obscure Pez dispensers? If so, the Discovery Channel is looking for you and your beloved loot to appear on their new series, Pop Nation. With a nod to Antiques Roadshow, Pop Nation invites collectors of pop culture treasure to get their cool stuff appraised. If they like what they hear, they can sell their loot on the spot. If not, they can take it home, or try to sell it at the Pop Nation Web site in an online auction.

Series producers Alan LaGarde and Harry Rinker were in town last week checking out the scene. Austin is one of four featured cities in the eight-episode series. An opening casting call in Austin takes place next month (June 18) at the Austin Convention Center. Potential on-air talent are asked to bring their cool pop-culture kitsch (circa 1960 onward) for consideration. The series premieres in October.

More details as they become available.

Notable releases for May: