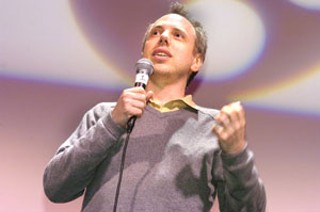 It's been 10 years since Welcome to the Dollhouse's Dawn Wiener skulked into view, an anniversary director Todd Solondz marks by opening his new film, Palindromes, with her funeral. Dollhouse is a jumping-off point and periodic reference, but Palindromes belongs to Dawn's cousin Aviva, a motherhood-obsessed 13-year-old whose parents force her to have an abortion, after which she journeys through an almost allegorical – though also deeply awkward and funny – middle America, coming to rest in a foster home where the manically Christian Sunshine family takes in unwanted children, cultivates a pop group of disabled youngsters, and plots against abortion doctors. She ends, like a palindrome (and like Dawn), where she started: back in New Jersey, at an uncomfortable backyard party.

Deprived of what Solondz has taken to calling (at his South by Southwest 2005 panel, among other places) the "narcissistic high" that comes from identification with the attractive, noble (or at least terribly clever) heroes of filmic convention, some critics have reacted badly to Palindromes. Not content to simply stir up the usual charges of misanthropy and soul-killing bleakness (especially egregious in our current culture of life), the director not only wades into the abortion debate but invites further claims of art-damaged alienation by using different actors of wildly varying type to play tweener Aviva. As usual, Solondz imbues his treatment of incendiary subjects with ambiguity and wicked fun, but Palindromes is to date his most overtly experimental and philosophical work, traits bound to inspire accusations of artless provocation and unsuccessful storytelling.

But that's not how he sees it. "On the simplest level, for me [it's] the heartbreaking story of a young girl on a quest for love," said Solondz in a pre-SXSW phone interview. "And all the politically charged and morally difficult aspects of the film rest on that simple storyline. … For me, she is an innocent, and I'm moved by her plight." Moreover, the Aviva-switching serves a purpose beyond disruption. "For all these changes that are constantly taking place with all of us," he said, "we are also at the same time paradoxically remaining the same. … And that could be in some sense illustrated by this conceit. … The hope was that the cumulative effect of all of these people, in a sense the universalizing of this character and this experience, would be greater than had I just used one person."

Stasis can be an outgrowth of ambivalence, of course, and if nothing else Solondz seems to be trying to conjure a little more ambiguity than is currently available in the entrenched camps of the abortion debate. "I want the audience to have to reassess what it means to take on these positions, that it's very easy and just sort of glib to just sort of walk around with these slogans and placards," he said.

"Which is why I say, who's my audience?" he continued. "My audience are those with an open mind. And that doesn't always, of course, coincide with a liberal one."

Palindromes opens Friday in Austin. For a review and showtimes, see Film listings. See "This Is a Love Story" for an expanded interview with Solondz.

Getting Ahead of Themselves
Enron's collapse caught on tape, kind of 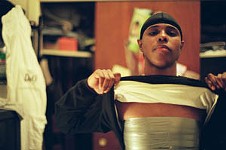