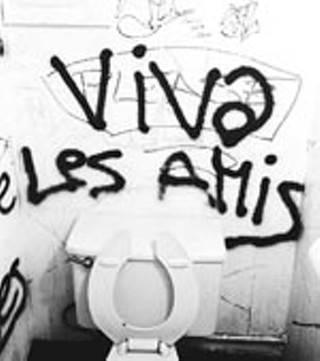 You've heard it before: "There's something that was really cool, and you should have seen it, it was the best thing in the world, but it's gone and it's not here anymore and you missed it."

Welcome to Austin, land of vanishing weirdness and Merlot-fueled nostalgia.

A personal aside: I moved to Austin in May of 1984 to attend UT just one week after graduating from Amarillo High School. My parents moved me down and set me up – at Kinsolving, then Jester – but before they cut me loose on my own for the first time, I cajoled my mom into buying me my first skateboard, a baby blue Zorlac double-cut, with Pushead's shrunken head graphic on the bottom and the classic "Shut Up and Skate" logo up top. We bought it at Let's Go (Skate) at legendary locale 504 W. 24th, and to her eternal credit and my ecstatic joy, my life has never been the same.

My folks headed home within 24 hours, and, within 48 hours, I was sporting my first Mohawk (courtesy of Dan upstairs at Fresh Hair), but not before I bought the Offenders' Endless Struggle and the Big Boys' Lullabies Help the Brain Grow at Inner Sanctum Records downstairs. I'm not positive, but I think I dropped in on Pipes Plus for some clove cigarettes, too.

And then I went next door and hung out at Les Amis Cafe for 13 years.

All of this is a roundabout way of acknowledging what director Nancy Higgins and co-producer Christian Moore's excellent, elegiac new documentary, Viva Les Amis, nails flawlessly: Austin ain't what it used to be. 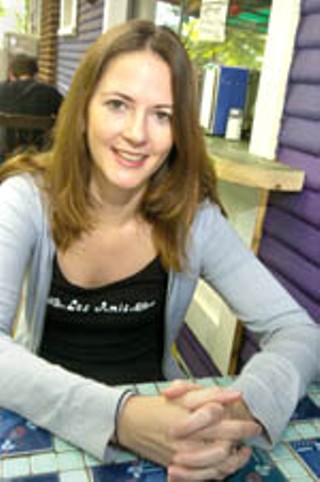 Les Amis, the best Parisian cafe never in Paris, is now a Starbucks. Neighbors Mad Dog and Beans, whose outrageously epicurian burgers obliterated Sunday morning hangovers with something approaching meaty genius, is also gone. Ditto Inner Sanctum, the first indie music store in Texas, and on and on. The Big Boys and the Hickoids will never play that adjacent parking lot, awash in Shiner Bock and Bastrop mushrooms, again.

So what. So what?! Those "Keep Austin Weird" bumper stickers you see everywhere these days? They're talking about Les Amis, a bistro/coffee joint/hangout place that made West Campus worth the traffic and parking hassles from 1970 to 1997. At any given moment, you could wander up, grab a table (actually a phone-line-wire spool upended, topped by a red and white checkerboard tablecloth for Bohemian effect), and strike up a seriously meaningful conversation with a total stranger, who, more often than not, was a) a tenured UT philosophy professor, b) a drunken poet wondering where all the absinthe's gone, c) a writer/filmmaker/playwright/artist/whatever who'd just as soon talk your ear off as cadge free smokes from the perfectly surly waitresses, or d) Rick Linklater shooting Slacker.

Higgins' doc is at once a celebration of what has always made Austin the creative center of Texas and a eulogy for the vanished hipster hangouts – Liberty Lunch, the Beach, Raul's – that exist now only in our memories. But don't despair.

"Les Amis had the perfect location," says Higgins, a former Les Amis waitress and UT philosophy grad-turned-filmmaker. "One block off of UT and in the middle of everyone's path. There are other cafes and coffeehouses – Bouldin Creek Cafe, Cafe Mundi, Spider House – that have a similar feel, but none of them have that central location that Les Amis had. And I think that was the key to Les Amis' success."

Higgins' doc deftly contrasts the current, corporate, "smart growth" Austin attitude with, for lack of a better term, the good old days, when you could buy Siouxie and the Banshees' Hyaena LP, check out the newest "water pipes," get your 'hawk trimmed, and lounge next door, at Les Amis, for hours on end, all on the same corner, in the same building. It was, as all who were there recall, epic bliss.

Les Amis may be gone, but it'll never be forgotten so long as there's somewhere in Austin that serves scandalously cheap Merlot and doesn't mind if you nurse a glass for the better part of an afternoon while you pen the next Slacker in longhand.

Viva Les Amis screens at the Alamo Drafthouse Downtown on Tuesday, May 3, at 9:45pm, and Wednesday, May 4, at 7pm. See www.originalalamo.com for more information.