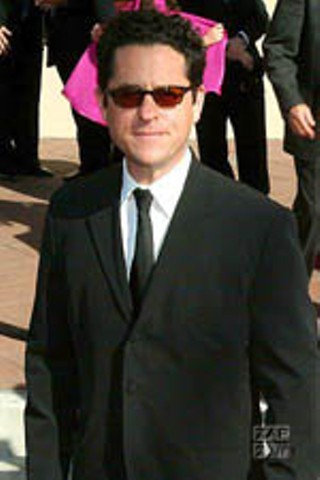 Make that the network TV development season. That means production companies are mad at work shooting sitcoms and dramas for consideration on the fall TV slate. The competition is rough and the slots few. May 16 is when the fall TV schedules are officially announced.

As always, imitation is the sincerest form of flattery. Well, in TV land, it's more like flocking to the latest lightning strike and hoping to make it happen twice. It should come as no surprise, then, that there are several Desperate Housewives and CSI wannabes and even a couple that sound like they're trying to rekindle the Sex and the City vibe.

Here are some of the notable pilots in the pipeline as culled from a larger report by Jim Finkle in the April 4 issue of Broadcasting & Cable magazine. Now, don't get too excited. Some of these shows may not even make it to the air:

J.J. Abrams (Alias) is developing two dramas for ABC. One is a procedural drama set in the FBI; the other is a dramedy about a bachelor and his married friends. Barry Watson (7th Heaven) and Rosanna Arquette are attached. Another drama about best friends who solve crimes may bring Martin Landau back to the small screen after a long absence.

Over on CBS, the ebullient Julia Louis-Dreyfus may find herself in a comedy playing a divorced mom who owns a fitness center. Dylan McDermott may find new work in a drama about a brain surgeon. And former President David Palmer (aka Dennis Haysbert) may return to TV, this time as a government operative. Award-winning playwright David Mamet is among the show's producers.

Former Friends star Lisa Kudrow is not retiring in style, but has a reality show in the making on cable, and a comedy in development for NBC. Jerry Bruckheimer has five pilots in development. One of the most intriguing is set in the Pentagon, with Dennis Hopper and Benjamin Bratt attached. Two other dramas featuring eyebrow-raising casts include another "I hear Jesus" drama, with Aidan Quinn, Ellen Burstyn, and Susanna Thompson. A cop drama based on the real-life work of two New York City cops features Donnie Wahlberg and Bobby Cannavale in the starring roles.

Laughs are sought in a comedy about a single woman who has a child through a sperm donor on the WB. This doesn't strike me as high hilarity, but with the production team of Brian Grazer and Ron Howard, this could potentially be another offbeat comedy in the style of Arrested Development. (For those who've been wondering, the show has been picked up for a third season).

A nod to Sex and the City is evident in a drama about four sisters living and working in New York. Laura San Giacomo (Just Shoot Me) is attached.

Over at UPN, which has had its profile raised this season with the engaging Kevin Hill and the addictive Veronica Mars, there are three dramas and a comedy in the pipeline. Comedian Chris Rock brings his experience as a black teenager bussed to an all-white school to a comedy set in the 1980s. Maybe Gina Gershon will strike gold this time with a new drama, another one redolent of Sex and the City. This time, it's four L.A. roommates trying to break into the business. And with the popularity of prime-time soaps set on the beach like The OC (friggin' great!) and Summerland (not so hot), Jennifer Lopez and her production company are working on a new one, this one set in Miami's South Beach area.

French filmmaker Roxanne Frias and her crew were in Austin last week looking at locally produced TV for a series titled L'oeil du Monde: Une Ville, Une Télévision (One City, One Television). The series looks at local television in cities around the world.

Vickie Howell, Austin craft maven and host of Knitty Gritty on the DIY network, reports in a breathless e-mail that she is appearing in another craft series. The new show is called Stylelicious and features members of the Austin Craft Mafia (www.austincraftmafia.com). Thirty-nine episodes of Stylelicious were shot. When and where the series will air is TBA.

Load your cameras. The Austin Movie Show is looking for your five- to 10-minute shorts to be aired on the Austin Music Network as part of their Austin Movie Show Film Tournament 1.0. Entrants will do "battle," American Idol style, meaning viewers get to call in and vote for their favorite films. Categories include narrative, documentary, animation, and music-themed films, with one grand-prize winner. Deadline for submitting your films is May 16. The tournament begins airing May 22. For details, where to send your films, and more information, go to www.austinmovieshow.com.