Postcards From Buster, the charming half-hour series featuring a precocious bunny that makes trips around the world and learns about various ways of life, was presented in prime time last week. The reason, for those of you not aware, was because of an episode titled "Sugartime!" that caused a mild tantrum among conservatives and those eager to curry their favor (see past "TV Eye"s, including that of Feb. 11).

In this episode, Buster travels to Shelburne, Vt., and learns how maple syrup is harvested, among other things. He learns about this via two families that have not one, but two mothers. Though this fact was not the centerpiece of the episode, it was the cause of great uproar, letter writing, threats, and all manner of histrionics.

I watched the episode, shown at 8pm on March 26, to find out what the fuss was about. And then, I watched it again just to make sure I hadn't missed anything. Here's what I learned about the so-called homosexual agenda from the "Sugartime!" episode: Don't hide your chocolates in the laundry.

Vermont has a mud season: At the end of winter and before spring, the frozen ground melts and there's mud everywhere. This meant that Emma (Buster's designated tour guide), her siblings, and friends had to wear knee-high rubber boots and could stomp around in the mud without getting in trouble.

Milking cows = shhhhhh: On their way to pick up provisions for a special supper, Buster is taken to a nearby farm where cheese is made. There, we see a barn full of cows being mechanically milked. Apparently, cows like it nice and quiet during this process. 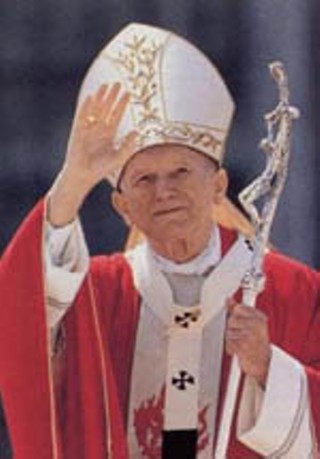 Gravity rocks: Once at the farm where maple syrup is harvested, maple trees, linked by a web of narrow plastic pipe, are linked to a larger pipe that leads downhill to the main harvesting house. It turns out that the collected syrup is mostly water and needs to be boiled down. With Buster's help, I could detect the sweet smell of warm syrup in the air.

The joy of sugar on snow: I grew up in the Midwest where snow is a winter staple, but I was aghast that no one ever told me about sugar on snow. This treat is made with maple syrup poured over a boat of shaved ice (or snow) and eaten with a spoon. A doughnut and a dill pickle are side dishes.

Emma did tell us about her two mothers earlier in the episode. The lasting impression I got from this information was that she loved her mother, Karen, and her stepmother, Gillian. They were the two most important people in her life. For those who have no parents or nonresponsive parents, this was the most enviable thing in Emma's life. That, and the sugar on snow.

Pope John Paul II died last week, and much of the high ceremony surrounding his death and internment appeared on TV. Although His Holiness was staunchly protective of the Catholic Church's most conservative views, he was keenly aware of the power of TV and other media, and was the most tech-savvy pontiff in history (news of his death, it was reported in a Reuters article by Phil Stewart, was transmitted to the press using text messaging and SMS on state-of-the-art, hand-held computers the Vatican urged journalists to purchase).

Before his death, Pope John Paul II offered a surprisingly progressive message to those "engaged in communications (politicians, professional communicators, spectators)," published Jan. 24 as an Apostolic Letter to Those Responsible for Communications:

"The mass media can and must promote justice and solidarity according to an organic and correct vision of human development by reporting events accurately and truthfully ... and providing a forum for different opinions. An authentically ethical approach to using the powerful communication media must be situated within the context of a mature exercise of freedom and responsibility, founded upon the supreme criteria of truth and justice."