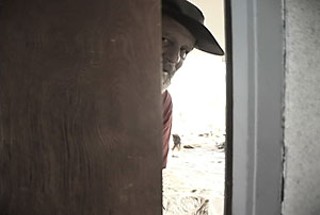 Josh Rubin's fascinating documentary dissects the life of Larry "Wild Man" Fischer, juggling the question: lunatic or musical genius? Fischer grew up in the mid-Fifties and went undiagnosed as a manic-depressive schizophrenic. After attacking his mother with a knife, he served a couple of stints in a mental asylum before heading to California in the late Sixties. Singing his own strange songs for a dime (think Bobcat Goldthwait doing nursery rhymes) along Sunset Boulevard, he caught the ear of Frank Zappa, who signed him to his record label and officially stamped Fischer's name into musical history. Rubin and producer Jeremy Lubin taped Wild Man during the last three years, building his history through found footage while interviewing those Fischer played with, attacked, and inspired. While there is an odd sense of artistic purity in Fischer's music, Derailroaded never really answers the aforementioned question. Which is exactly how it should be.