This Is a Love Story

Back and forth with Todd Solondz on his new film, 'Palindromes' 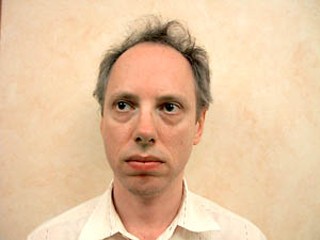 It strikes one as a bit peculiar that, if you're looking for the films of Todd Solondz in at least one local video store, you'll find them in the cult section, amid the works of Ed Wood Jr. and the pornography. Despite the fact that Solondz has released three studio films featuring a number of artier A-listers, piled up awards and nominations (particularly for Welcome to the Dollhouse and Happiness), and sees his work fairly well distributed, "a Todd Solondz film" has become a kind of shorthand for eccentric, disturbing movies that appeal to a limited, quite possibly unwell, audience. Solondz's movies are indeed uniformly possessed with a profound oddness – and, more to the point, have all generated no small amount of controversy with their complicated, often humorous portrayals of pedophilia, rape, and coma-inducing football injuries, among other things.

His newest film, Palindromes, should do little to quell any of that, even though it's his most tenderhearted to date. At its center is Aviva, a pregnant 13-year-old whose parents force her to have an abortion, after which she departs on a journey through an almost allegorical – though also deeply awkward and funny – middle America, coming to rest temporarily in a foster home where the manically Christian Sunshine family takes in unwanted children; their lust for life also extends to killing abortion doctors. This time out, Solondz plays with form by using different actors of wildly varying type to play tweener Aviva. And, again, his treatment of incendiary subjects is imbued with ambiguity and wicked fun. Solondz will present Palindromes at this year's SXSW Film festival; he spoke with us by phone from Los Angeles.

Austin Chronicle: You've written that you thought of the abortion issue in the film as a little bit of a MacGuffin. It seems like a really loaded one if that's all it is.

Todd Solondz: That's true, yes and no. It's so front and center, how can it not be of significance here? And yet on the simplest level, for me [it's] the heartbreaking story of a young girl on a quest for love. And all the politically charged and morally difficult aspects of the film rest on that simple story line. Certainly, I don't think I'm unaware of some of the material that I've used here. But, for me, I always feel very close to this young girl; for me, she is an innocent, and I'm moved by her plight. ...

That said, we live in a blue-state/red-state time, and certainly the abortion issue is an irreconcilable conflict, and one that is also most violently made manifest in this country. ... I remember when there was an abortionist killer who was captured in Georgia, and reading about how the townspeople in this community stood by him very sympathetically. And it was brought into relief how in some sense there's something built into the DNA that makes people feel that they are good people doing the right thing, that for perpetrating these kinds of atrocities, they have to make this sacrifice for the sake of the million unborn babies. ... I want the audience to have to reassess what it means to take on these positions – that it's very easy and just sort of glib to just sort of walk around with these slogans and placards. ... I'm also afraid if I say I'm pro-choice, nobody who's pro-life is going to go see the movie.

AC: I'm wondering if a lot of them wouldn't, anyway. Or if would be like with Fahrenheit 911, just in the sense that a lot of conservatives protested it without actually seeing it.

TS: I should be so fortunate to have such protesters! [laughs] ... We're going to test the waters, but both sides certainly demonize each other. And you take a movie like Fahrenheit 911, you have to question, did it change anyone's mind? And what power, exactly, do movies have to change, if any? ... Because we're all colored by our prejudices and so forth. But that movie, of course, has a different function – it's a screed, it's a diatribe. My movie is not that at all, and it's all fraught with so much ambiguity. ... What matters most is where you stand and how this pricks you, needles you a little to not be complacent in the way in which we look at the world.

AC: Is the tension between the notion of human potential and the idea that people don't really change something you're exploring?

TS: The idea of a palindrome for me is loosely metaphorical in the way a palindrome is a word or a pattern that, instead of developing in different directions, it folds in on itself; the beginning and the end mirror each other, that they are the same. And that palindromic aspect of ourselves is that part of ourselves that resists change, that stays the same. Of course, we are concurrently always experiencing biological, intellectual change and so forth, but there is also some part of ourselves that makes us say, "I'm no different from when I was 10 years old." ... I do see this as a kind of freeing – it can be a kind of liberation to see how, if we can accept our flaws, our failings, our limitations, it can be very freeing of certain illusions.

Ellen Barkin (l) and Jennifer Jason Leigh, one of seven actors playing one character in Palindromes

AC: What inspired the use of different actors as Aviva?

TS: A number of things. On the one hand it throws in relief this idea of change versus stasis – how for all the sordid, traumatic, difficult, emotionally devastating kinds of experiences that she goes through, she remains an innocent from beginning to end. ... And yet we see all these metamorphoses of size, shape, color, and sex, and so forth take place. So, for all these changes that are constantly taking place with all of us, we are also at the same time paradoxically remaining the same. ... And that could be in some sense illustrated by this conceit. ...

When I thought of what was the first time I'd seen any sort of example of this, I was aware, of course, of Buñuel's That Obscure Object of Desire, where he has two actresses playing that obscure object of desire, so to speak. But much prior to that, growing up watching television – you can watch one season of Bewitched, and Samantha's there with her husband, and then all of a sudden the husband's a different actor. And nobody seems to notice. With all the other magic, everyone's going "ooh" and "ahh," but the fact that it's a different person that's her husband doesn't seem to strike anyone as anything unusual. And this, of course, is a convention of television.

One of my fantasies had always been, when I'm casting a part, let's say there are three actors, and each has a wonderful quality that I'd like in a particular part, and if I could only combine all three. ... Here I got to cast a whole bunch of people, all with different kinds of nuances and characteristics. ... And the hope was that the cumulative effect of all of these people, in a sense the universalizing of this character and this experience, would be greater than had I just used one person. Which, of course, would have made life easier.

AC: Why do you think you're drawn to such polarizing subject matter?

TS: Certainly all the subject matter – the so-called taboo subjects and so forth that I address – are on TV, radio, newspaper every day of the week. It's not like I'm exposing something people haven't seen or read about before. But in part maybe it's in response to the fact that these subjects tend to be dealt with in either a sensationalistic manner or a kind of didactic, preachy, moralizing manner, and I try to get at things in a way that forces an audience to have to reassess and think instead of just swallowing what goes down easy. ... Which is why I say, who's my audience? My audience are those with an open mind. And that doesn't always, of course, coincide with a liberal one.

AC: After Storytelling [in which Solondz blocked out part of a racially charged sex scene with a red box, rather than cutting it, in order to retain its R rating], you had a lot to say about censorship. That was kind of before the whole election/moral values thing flared up. Do you have anything to add in light of that?

TS: I have a peculiar little movie, and it's hard to say what's going to show up on the radar and on what radar. ... Certainly, I haven't been required to put any red boxes in this. ... But I certainly would do it again. ... I'd rather have a red box than have someone take scissors to the movie.

AC: Although you can now see the "un-red-boxed" version.

TS: Right, if you can imagine the dialogue and what they're screaming and saying, "This is all right, because it's got the red box. Now we're okay for the family."