Where is Malcolm Gladwell's mind? What about now? 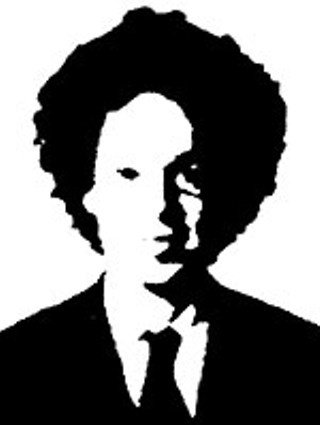 New Yorker staff writer Malcolm Gladwell wrote his first book, The Tipping Point: How Little Things Can Make a Big Difference, with no "clear expectation of who would read it, or what, if anything, it would be useful for." The book became a bestseller – and remains one four years later – but it would also transcend sales to become a phenomenon.

In the book, Gladwell writes that "ideas and products and messages and behaviors spread just like viruses do," meaning that small changes can have surprisingly large consequences and that change need not be gradual: It can happen all at once, like a flu epidemic. He positions the most unlikely suspects as phenomena analogous to epidemics – as goes the flu, so goes, say, a fashion trend in New York, a rash of suicides in Micronesia, or the use of hybrid seed corn in Iowa. It's a fascinating read, indulgent in its number of anecdotes, analogies, and examples, overflowing with little surprises, and apparently inspiring to countless people eager to mimic or manipulate the epidemiological curve.

The phrase "tipping point" began popping up everywhere – Donald Rumsfeld famously used it to describe the Iraq war, while the Roots recently borrowed it for an album title – and all over the world, people started using the book's lessons to solve age-old problems. In California, the book inspired a professor to rethink ways to attract good teachers to troubled schools. In New Jersey, it inspired a new grant program, and in Washington, D.C., a new award program. And in December, hundreds of people gathered at a Tipping Point Conference in Scotland. Academics, politicians, and entrepreneurs came together for the purpose of "ushering a new era of confidence and optimism" into a country with high suicide and prescription drug rates and unnecessarily low life expectancy. Inspired by Gladwell's book, the Scots plan to reverse a countrywide epidemic of low self-esteem.

"There's a wonderful amount of really fascinating and important stuff out there, which most of us don't have access to," says Gladwell from his hotel room in Miami, as he winds down a tour to promote his new book, Blink: The Power of Thinking Without Thinking (Little, Brown, $25.95). "My job is I'm a kind of interpreter. I find all this stuff and bring it to the attention of people who otherwise would never be able to find it."

Gladwell's books are irresistibly – to borrow a term from The Tipping Point – "sticky." And by sticky I mean like when I was 5 and I'd just heard Annie sing "Tomorrow": There was little hope of hearing anything else come out of my mouth for a long time. So, during the week that I read Blink, I sounded a lot like this:

At a friend's house: "Did you know that there's a psychologist who has a lab where he can observe a married couple talking for 15 minutes, and then predict with 90% accuracy whether they'll get divorced?" 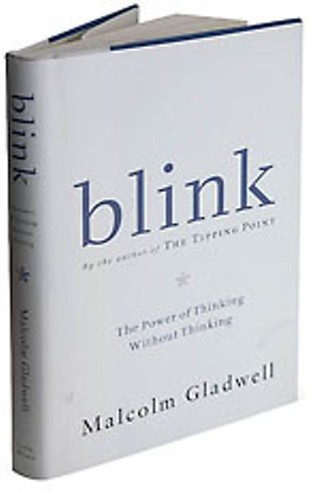 The did-you-knows are bound to start popping up at this year's Interactive Festival, as Gladwell is giving the first keynote address.

Blink focuses on the "adaptive unconscious," a place where we're "capable of making very quick judgments based on very little information." It's a pretty exciting concept, but there's a catch: We can't be aware that we're making these judgments, hence the "unconscious" part. And because we don't know that we're making these unconscious judgments, we might not be able to distinguish between the accurate ones – like one tennis coach's eerie ability to call a double fault before it happens – and the dangerously inaccurate ones – like the South Bronx shooting of Amadou Diallo by policemen who mistook a wallet for a gun.

According to Gladwell, the Diallo shooting is emblematic of the kinds of unconscious prejudices we act on every day. Less deadly examples include the phenomena of the Aeron chair and The Mary Tyler Moore Show, both of which turned out to be enormously popular despite the fact that focus groups originally hated (or thought they hated) each. That's a case where people's first impressions mislead them. Their snap judgments didn't match the opinions they later developed with more time to get used to new and different things.

Gladwell believes we can learn to benefit from the lessons learned in Blink. We can learn to mimic the good blinks, for instance, like the psychologist who can predict divorce – he parses out the most important information to reach a kind of representative sample of a couple's entire relationship. Bad blinks, on the other hand, need counterweights. In the case of a new, unusual film, for instance, a film festival would be the counterweight. "These movies that are breaking new ground, they take some getting used to, you know? It's like the Aeron chair," Gladwell says. "You can't give it to people cold and expect them to love it. You've got to warm up to it a little bit, and film festivals at their best are a process that warms up ideas for the mass market, and I think that's a fundamentally important role."

Gladwell's talent is in transforming complex, slippery processes into ideas so sticky you can't get rid of them. Even he can't get rid of them. "Mostly what researching Blink has done is radicalized me," wrote Gladwell in an e-mail follow-up to our interview, "in the sense that I think that we are far too cavalier when it comes to policing for bias. I now think all school children, for instance, should wear uniforms, because I don't think any good comes of snap judgments that teachers make based on dress. I think that juries in criminal trials should never see the defendant. ... There is far too much potential danger ... in letting people draw unconscious inferences from what the accused looks like. I'm now militantly in favor of affirmative action. Blink has just made me realize that there is far more below the surface than we may imagine."

Gladwell's second book might well turn out to be as endlessly applicable as its iconic predecessor. Again he hopes to give people new tools for understanding the processes that affect them every day. In The Tipping Point, he wiped the chalkboard clean on problems like crime trends and smoking habits. By revealing a new way to think about them, he implied that there are new ways to resolve them. In Blink, he recasts first impressions as yet another new frontier of problem-solving.

"It's very important to me," Gladwell says, "to take complicated ideas and put them in a form that people can understand and use – or kind of let that start their own conversation." It's that conversation that has people seeing tipping points from California to Scotland, and it's also what makes Gladwell particularly well-suited to speak at the Interactive Festival, where attendees might seek something more elusive than a label or a distribution deal. They're seeking inspiration, something Gladwell tends to deliver.