At the NATPE table in Vegas 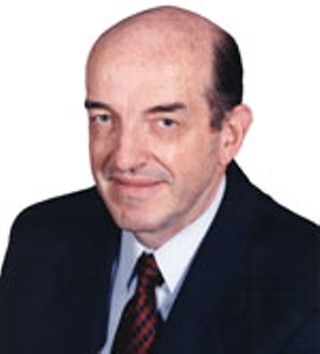 Well, by the time you read this, I'll have gone and returned, hopefully with interesting news from the front. "The front," in this case, is the National Association of Television Program Executives conference. The 40-year-old organization's conference is a key media-industry event where those who buy, sell, develop, finance, advertise, market, or license content (i.e., TV shows) come together to share information, make deals, and take stock of the TV industry.

This is my first year at the conference, lured by several factors. Foremost, I'm interested in who the people making programming decisions are and why they make them. How do rapidly changing technologies and demographics affect decision-making, which, in turn, affects what's on TV?

The three-day conference has several key events. The first is a keynote speech by cable network pioneer Ted Turner. I won't arrive in time for that, but Turner's comments provide the springboard for the day's focus on the future of cable TV.

Day two starts with an address by FCC Commissioner Michael J. Copps. After a year full of high-profile activity, several key issues remain on the FCC docket. The first is the adoption of public-interest rules for digital broadcasters. While all five members of the FCC unanimously voted to require digital broadcasters to expand programming for children, the FCC faces some interesting challenges. Copps and his Democratic cohort, Jonathan Adelstein, have been very clear about their support of more public-interest programming by digital broadcasters. Their Republican cohorts have been less forthright, though the party line has typically been proderegulation. Yet, as NATPE Washington Counsel Mickey Gardner observes, "As a result of the 5-0 vote, a question looms large in 2005: If children deserve more from digital broadcasters freely using the public's spectrum, why shouldn't the general public get added, content-neutral" content as well?

I'd wager that the general public is mostly oblivious to this challenge (and the related media-consolidation debate). What they are aware of is Janet Jackson's Super Bowl breast, "Towelgate," and other lamentable occurrences over the airwaves that have ignited certain advocacy groups to lobby for increased regulation of broadcast TV and radio. Most liberals and progressives see this as a threat to free speech. The opposing side sees this as protecting moral values. Both sides see their cause as a no-brainer fight for what's right. It will be a busy year for Copps and his fellow FCC commissioners, and his perspective on the coming year will be illuminating. On top of all this, after four tumultuous years as chair of the FCC, Michael Powell announced his resignation this week to "pursue other opportunities."

Speaking of opportunities, wireless-technology experts drop anchor at the NATPE conference in hopes of extolling the potential of wireless mobile telephone platforms. The question is not how and when the technology will be available, but what kind of content will work best, at what cost, and how to entice the general public to try it.

Demographic shifts in the U.S. are the last cornerstone of the conference. Several sessions discussing the future of TV from a global perspective are on day three's agenda.

With all the burgeoning technologies and the changes in the regulatory landscape and viewer demands, it's a crapshoot to predict the direction of TV, but, like Vegas, it's an intriguing challenge.

Former Tonight Show host Johnny Carson died of emphysema last week at age 79. I've always said that a true test of a talk show host's skill was how much you didn't notice what he was doing. To prove my point, all you need to do is remember the painful attempts at talk shows by Arsenio Hall and Sharon Osborne.

Carson often spoke of growing up in Nebraska, my home state. I appreciated that. Other Nebraska-born celebrities had either shed that association or created a faux chic persona that was more annoying than convincing. There was nothing chic about Carson. He welcomed the famous and not-so-famous with equal graciousness.

Sure, times and tastes change. The antics of the Mighty Carson Arts players probably seem dopey to contemporary audiences, but, hey – the present doesn't occur in a vacuum.

So long, Johnny. Thank you and good night.