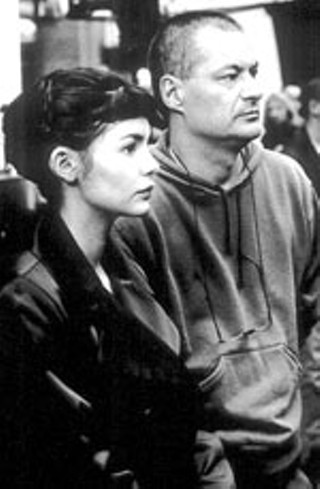 How do you follow up a dream? After the resounding international success of Amélie, Jean-Pierre Jeunet's magical-surrealist mash note to all things Parisian, the director took two years off before embarking on A Very Long Engagement, which reunites him with the gamine star of his previous film, Audrey Tautou, and has been breaking French box-office records since its opening. This isn't the gauzy Édith Piaf-inflected bonbon of Jeunet's previous film, either. Set during World War I, the film alternates between scenes of horrific trench warfare and the more idyllic countryside, where Tautou's character waits in vain for the return of her fiancé from the front. Lyrical, visually sumptuous, and très Jeunet, it's as though the director and his star had somehow collided with the eternally grim reality of global realpolitik and ricocheted off into the realm of love-struck, post-idealistic hopefulness.

The Chronicle spoke briefly by phone with Jeunet about his leading lady, his film, and why the rumor mill nearly always gets it wrong.

Austin Chronicle: A Very Long Engagement is a much darker film than Amélie in many respects. What drew you to such relatively grim material?

Jean-Pierre Jeunet: No, no, it's not grim, I think, it's just that I wanted to make a film of the book, which is by Sébastien Japrisot, for a very long time – I had to wait 14 years, in fact. To be able to create this epic of love and war is something that I had wanted to do for quite a while.

AC: Your regular stable of actors – Jean-Claude Dreyfus, Tchéky Karyo, Dominique Pinon – are working with you once again ...

J-PJ: Well, yes, certainly, it makes things much easier for me when we have all worked together before.

AC: And Audrey Tautou? Should we assume she's your muse now?

J-PJ: Exactly! She is like an elf, but also in A Very Long Engagement she is able to walk the razor between crying and not crying, laughing and not laughing. She has a considerable talent for walking that line.

AC: Rumor had it that your experience on your one American film – Alien: Resurrecton – was not so hot. Any rumors you care to dispel?

J-PJ: I hate it when they say that it was a bad experience, because it wasn't, not at all. In fact, it was a very good experience and I'm very proud of the movie. They asked me if I would like to do a director's cut, and I told them there was no need, that this was my director's cut. I don't know how rumors like that get started, but it's not true at all.

AC: Then you'd consider doing another American-lensed film in the future?

J-PJ: Yes, of course. I love to watch American films, much more so than French films. I love the Coen brothers, Todd Solondz's Happiness – I don't watch French films at all really, only American ones. Of course when we are working in America we would have a crew of 250 and in France only about 50. It's much more heavy in America, a much larger experience, which can make it either more or less difficult, depending on the film.

A Very Long Engagement opened in Austin on Wednesday, Dec. 22. For a review and showtimes, see Film listings, p.74.