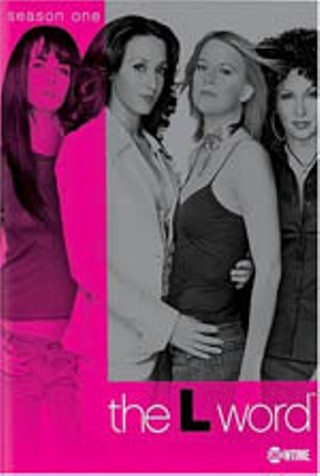 It would be easy enough to dismiss The L Word on grounds of hair-gel abuse alone, but where's the sport in that? Sex and the City long ago obliterated the line between ridiculous and compelling, and The L Word trades that show's queeny wit (or what passed for it) for dykey drama while retaining essentially the same ensemble/cameo structure and style-mad aesthetic, punctuated at predictable intervals by chiaroscuro, nipple-intensive Showtime groping. It works as soap opera, if not necessarily outright camp, and why shouldn't the lesbian nation have its own out/proud, kinda porny Melrose Place? And so, season one: Hotties Bette, Tina, Alice, Dana, Shane, and Co. variously conceive a child, mount a controversial museum exhibit, de-closet, and seduce sous chefs, powerful Hollywood wives, and the straight girl next door, among others. DVD extras here are perfunctory, but the set does reveal the season's breadth of directorial styles (Rose Troche, Mary Harron) and cameo talent (Snoop Dogg, Holland Taylor, Roseanna Arquette), as well as the surprising depth of Jennifer Beals (Bette). Ultimately, though, we find ourselves patiently awaiting the next appearance of Pam Grier (Bette's sister, Kit), who brings complexity and gravitas to what can seem like superficial proceedings, despite their sometimes overwrought intensity. Kit's budding romance with drag king Ivan (Kelly Lynch) is one of the most intriguing and promising of the show's developments, and – along with the appearance of Sandra Bernhard – it's reason enough to tune in to season two. Well, that and the fresh coifs.