Robert Rodriguez and the come-hither look of 'Rambo 4' 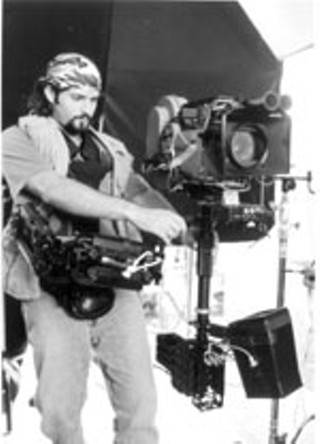 Bandanarama: Robert Rodriguez is on the Sly.

Film-fan rumor central has Robert Rodriguez in talks to direct Sly Stallone in Rambo 4. It gets even odder. According to Web site Moviehole, from whence the rumor sprung, the plot has al Qaeda terrorists as the baddies du jour. You'll remember that Stallone was the evil one in Rodriguez's Spy Kids 3-D: Game Over, so speculation that Rodriguez will follow his currently lensing The Adventures of Shark Boy & Lava Girl with the latest Rambo opus shouldn't be too quickly dismissed. Stallone himself confirms in Maxim that a script is in the works. Rodriguez's press handlers neither confirm nor deny, acknowledging the directing rumor instead with a commanding "no comment." Ain't It Cool News, meanwhile, has a report that Rodriguez is finally going to do the Madman film he has talked about before, co-directing with the comics creator Mike Allred as he did with Frank Miller on Sin City.

Deadly Drugs: Zero Hour, a thriller involving volunteers for a drug-testing company, is set to shoot at Austin Studios in February with offices opening in a few weeks. Co-written by Christopher Ramirez and Erin MacMillan, who met while in film school at SMU, the story has a sextet of human guinea pigs signed up for a weekend medical experiment. Things go awry, and a fatal disease is quickly spreading among them. The story came from a nightmare Ramirez had about the time he was holding vigil at his grandmother's deathbed in the Rio Grande Valley. He and MacMillan translated the sadness of that time into a script. Shooting on a budget in the $1.5 million to $2 million range, the film has corralled a strong crew, including special-effects wizard Gregory Nicotero (Kill Bill, Spy Kids), production designer John Frick (Dot, Dazed and Confused), and Jimmy Lindsey (first assistant camera on The Faculty, second-unit director of photography on Sin City). 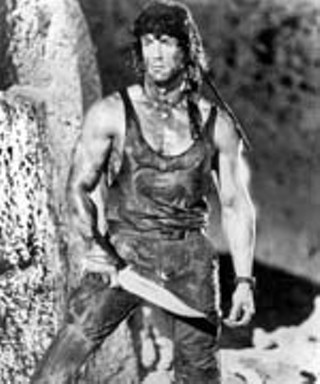 Sold: When Zachary Beaver Came to Town is alive and well after being acquired by Echo Bridge Entertainment. Shot in Austin and Granger, the film stars Jonathan Lipnicki as a boy who meets a circus sideshow performer known as the world's fattest boy. The movie, based on Kimberly Willis Holt's novel, is expected to hit theatres in spring 2005.

DVD Deal: The new HEB grocery at FM 620 and Anderson Mill is a film lover's dream come true. It includes a DVD vending machine that rents new-release movies for $1 a day on a credit card. An HEB spokesperson confirmed that the company plans to slowly add the machines, also found in the new Taylor HEB, to all of its stores.

Call Me: Which lucky Austin writer sold a reality television series idea at the recent Screenwriting Expo in Los Angeles? If you're reading this, drop me a line with details.

It's a Date: Registration has begun for Steve Mims' Production One class at Austin FilmWorks. The 14-week class starts Feb. 1. More info at www.austinfilmworks.com... Screenwriter Tom Vaughan (Nine Lives with Wesley Snipes and Back Up with Nicolas Cage) teaches a writing-intensive class Saturday and Sunday in Houston. Writers' League of Texas members get a discount. The skinny is at www.actioncut.com.