'Coffee and Cigarettes' opens in Austin on Friday, July 23. 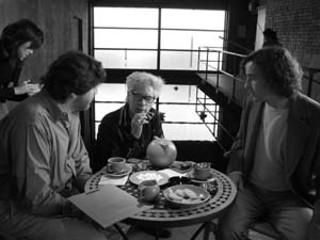 Austin Chronicle: Why an anthology film with Coffee and Cigarettes?

Jim Jarmusch: In the beginning it was just something to do between films, because it takes me three to five years to put a film together, including financing, and I needed something that I could do in the spaces between the features.

AC: So when did you realize you had enough to merit a theatrical release?

JJ: When I had 11 of them I noticed I had enough songs to make an album, which is sort of like this. I had used key phrases and words and ideas and woven them in between the films so that there was a sense of continuation from one film to the next.

AC: But that wasn't the original plan?

JJ: Not at all, but now I feel that they're better served by seeing them in this way. I'd rather people saw them together than separate.

AC: It's a pretty eclectic mix.

JJ: Well, yeah, it afforded me a chance to work with actors that I'd always wanted to work with. Bill Murray, for instance. He's so subtle when he's given a chance to play against type. I loved him in The Razor's Edge.

AC: You're a fan of Lost in Translation, right?

JJ: Yeah, I saw it before it came out – Sofia screened it for me about a month or six weeks before it was released, and I immediately thought, "Man, she's a poet, this girl." It's just a great movie. I kind of resented the fact that it got so popular, though, you know? When all the critics latched onto it and began saying how great it was. It's kind of like when your favorite little band becomes popular with everyone else and you're like, "Man, this sucks. They were all mine and now everyone likes them."

Coffee and Cigarettes opens in Austin on Friday, July 23. For a review and showtimes, see Film listings, p.80. 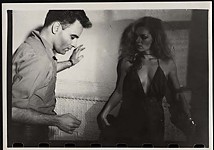