Karen Bernstein's 'Are the Kids Alright?' examines the state of mental health care in Texas 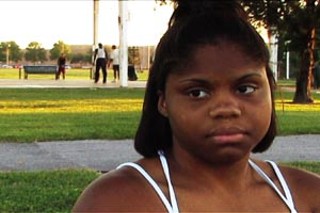 Jeremy's biological mom was bad news. She had her own demons, depression, drug abuse, and trouble with the law. But notwithstanding her genetic imprint, she's essentially irrelevant to her son these days, because no one has seen her for years. When filmmaker Karen Bernstein first met Jeremy, he was 16 and living in a juvenile detention center. The aberrant behavior he began exhibiting when he was 8 years old would by 14 make it virtually impossible for him to continue to live in the same house with his dad, stepmom, and stepsiblings. Then, he got in trouble, and there followed a series of residential shelters. His dad, in dire financial straits, was unable to afford the psychiatric treatment that his son required and, taking the advice of social service personnel, heavy-heartedly relinquished his parental rights in order that, as a ward of the state in the criminal justice system, Jeremy might receive the treatment that he required for his mental illness. Now, at 18, Jeremy, living in a residential shelter (employed, for now, at a Burger King) is "timing out" of the juvenile system's jurisdiction. Either he miraculously stays the course and – with the assistance of his meds (assuming he remembers to take them) – segues into independent adulthood or ... fill in the blank. The latter, alas, is probably the more likely outcome.

Filmmaker Karen Bernstein next turns her Are the Kids Alright? lens on Antonia, an articulate 17-year-old African-American high school student who lives on the outskirts of Houston in a stable, loving household with her grandparents (mom, a drug abuser, has been incarcerated for years; no dad was in evidence). Antonia functions normally, quite well, even, at school, but periodically she becomes severely depressed and tries to kill herself, which lands her in the hospital. Antonia's situation demonstrates the recurrent nature of mental illnesses, Bernstein explains, and the practical impossibility of "writing someone off as being cured."

Her grandmother takes in stride each of Antonia's psychotic episodes as they happen, but has neither grokked the big picture of her grandaughter's illness nor made the connection between it and her own need to take "nerve pills" (Zanax) or her daughter's psychiatric history. "Antonia also illustrates the other side of this problem – the level of denial that often exists," Bernstein says. "Mental illness is not part of the lexicon for these families; it's not something that's ever talked about. Antonia's grandmother doesn't want to talk about Antonia's, or hers, or her daughter's problem. It's considered a weakness, even still. There is a certain part of the culture that gets transmitted by the church, which often tells parents not to medicate their kids, just bring them into the church and that's all they'll need in the way of treatment. This is another huge battle that has to be fought."

In the past, Antonia's episodic illness was managed well by various social service outreach treatment programs, including a Teenagers-at-Risk program in which a social worker would come to her home and take her out for an afternoon of fun and therapeutic talk. Without these outreach programs, it would have been extremely difficult for Antonia to have access to help, given the distance she lives from Houston's treatment centers. Unfortunately, these programs have for the most part been terminated or cut back because of drastic budget cuts at the state level for mental health care.

The statistics are pretty grim:

• Texas has the highest rate of health-uninsured children: 22%;

• In 2002, 244 Texas families relinquished custody of their children to the state in order to provide them with the mental health treatment that they required but that the families could not afford;

• Only a fraction of the 420,000 Texas youth under 18 suffering from a severe emotional disturbance that impairs their ability to function get reported to the Department of Mental Health and Mental Retardation. Even so, during 2002-2003, while 151,000 families sought mental health services from MHMR, the department had sufficient resources to provide services only for 31,600 of them;

• In Texas, it costs $30,000 a year to house and treat an offender in the criminal justice system, compared to $10,000 for community treatment.

Bernstein, an Emmy-award-winning former producer for PBS's American Masters series, was commissioned by the Hogg Foundation for Mental Health (with additional funding from the Meadows Foundation, the Houston Endowment, and others) to make a film that would serve as a field research mechanism about the state of mental health care – or lack thereof – in Texas. The thinking was that film offers a more compelling medium for educating legislators about the need for reform than, say, brochures or position papers. After two intense years of surveying the effects of budgetary cutbacks or cutoffs in various settings all over the state, Bernstein and co-producer and -director Ellen Spiro (Atomic Ed & The Black Hole, 2003) were struck by the nightmare that parents of mentally ill children live with and how few options they have. "The best analogy," says Bernstein, "would be parents who absolutely have to go to work but have no day care whatsoever."

The film lets us in the room where some fairly intense personal dramas and confrontations are taking place. There, we are squirming uncomfortably in our seats in Judge W. Jeanne Meurer's courtroom, for example, where, with her signature tough-love approach, the judge alternately questions Jeremy's dad (why would he even think about relinquishing his parental rights?) and Jeremy (when is he going to grow up and start controlling his own behavior?) and his stepmom (does she have any maternal feelings at all for her stepson?). Later, we find ourselves across the desk from McAllen psychologist Dr. Mary Elizabeth de Ferreire during an intake interview, as she speaks in Spanish with a Mexican mother about her depressed little boy's suicidal impulses as he breaks down and cries softly with his head down on the desk. Talk a bit about how you gained access to such situations for the film. Karen Bernstein: Getting access is really tough, especially with the criminal justice system, where you have to jump through so many hoops and there's lots of paperwork. It's easier with private practitioners, like Dr. de Ferreire, who granted us access. Judge Meurer, who is such a tireless children's advocate, felt that this film was a great way to tell a wider story, so she was happy to have us there. When you are finally granted access, particularly in some of the juvenile detention centers we visited, you feel so grateful that you feel nervous, initially, about even turning on the camera. But from that point on, it's really a matter of establishing a kind of vibe between you and your subjects. A lot of it is just letting them talk – without imposing the hardcore interview questions you want to ask, at least at first, just let them blather on – for the first day or so, and usually a lot of priceless moments will come out then.

KB: In a perfect world, there would be a "delivery" system that would wrap around the mentally ill or discomfited in our society. The system would provide medication, monitoring of medication, counseling, and, most important for such a big state, transportation. Mental illness is so much trickier than physical ailments since the signs are not as obvious, and monitoring becomes that much more important. Parents and caretakers need respite from the frenetic and depressing schedule, and often suffer from posttraumatic stress syndrome. That takes deployment of the dreaded idea – raising taxes – but it is the only way that this state can afford to try all the alternative therapies and other strategies that have been proven as successful.

And, I think it would also be great if religious institutions took a lead in directing parents, guardians, and children toward proper medical care, rather than rely entirely on spiritual balms. There is a fear of "doping" kids, but I heard too many stories of problems that went unchecked for years in honor of God's will.

Are the Kids Alright? screens as part of the Texas Documentary Tour on Wednesday, July 14, 7pm, at the Alamo Drafthouse Downtown (409 Colorado). Karen Bernstein and Ellen Spiro will conduct a Q&A after the screening. Tickets are $4 for current Austin Film Society members and new members joining before the screening, as well as students and seniors, and $6 for nonmembers. They are available only through the Austin Film Society (322-0145) by phone or at the venue one hour prior to screening. For more information, check www.austinfilm.org.