It came to Robert Altman in a dream, and that much is clear 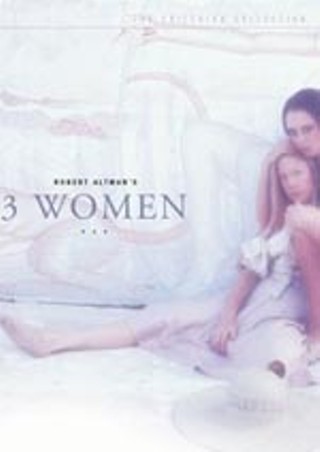 He discovered Olive Oyl at a party in Houston. Robert Altman says it was Shelley Duvall's simple naiveté that intrigued him most. But Duvall's an odd bird with bug eyes and the eeriness of an axe-murderer's wife. She's as normal as the films she stars in, including 3 Women, her sixth Altman collaboration. It came to Altman in a dream, and that much is clear. Watery and blurry, impressionistic and atonal, the 1977 film is a slow nightmare that won't make a lick of sense to anyone but the dreamer. Thus, Altman's commentary on Criterion's new DVD is enlightening to anyone who's wondered about all the yellow, the mirrors, and the twins.

Even in its Freudian tedium, 3 Women is an interesting lesson in experimental filmmaking. Unfit for those clinging to three-act structures and clean resolutions, it's art-house chaos. With just the watercolor blueprint of his dream, Altman used no script and opted for an organic approach. Duvall and co-star, fellow Texan oddity Sissy Spacek, originated much of the content themselves as they went. The result is a story line without hard edges – a personality theft food chain of two pathetic and lonely American girls who pay the bills by bathing the elderly at a one-star desert spa in California. The childlike Pinky (Spacek) wears the same white panties every day and looks up to Millie (Duvall), who emulates the fashion magazines and looks up desperately to everyone else. The two women go unnoticed by all, virtually invisible. Woman No. 3 is a troubled, pregnant painter haunting the film's margins and Millie's apartment pool. All three merge in ways that are never concrete. That is, until you listen to Altman's commentary.

Psychological confusion is probably best left to novels, where we can really get into each head of a split personality. But it's fun to see another side of the legend who directed the more accessible Short Cuts and The Player. After the huge success of M*A*S*H, 20th Century Fox gave Altman the green light for films that just wouldn't get made today. Through these experiments, Altman's membership on the NORML advisory board makes a helluva lotta sense. The murky, surreal Altman of 3 Women or 1972's Images, another psychological venture, speaks to the stoner in all of us. Fire it up, Bob.