John Waters on tour, in Austin 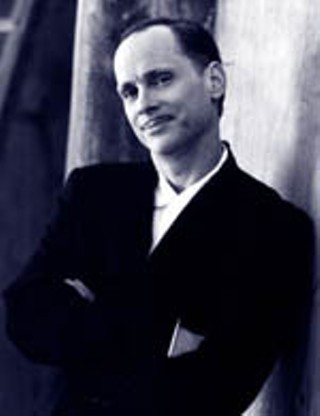 Indie godhead and sleazoid cinematic linchpin John Waters has titled his current touring comedic monologue World of Trash, which only a decade or so back might have struck most of Waters' fans as a reference to his own oeuvre, which in films from Pink Flamingos to Cecil B. Demented has always celebrated the cannily transgressive delights of true societal fringe dwellers. Reality, however, has a sneaky way of turning the tables on you when you least expect it, and suddenly, World of Trash seems more apt an appellation for the world at large, and Waters' own, pleasingly warped filmscape appears in comparison almost ... comforting. But don't fret, little trashmonkey: The director's upcoming feature A Dirty Shame promises to rekindle the conflagrations of conservative critical outrage with its tale of sex addicts and upwardly mobile bottom-feeders run amok. And, yes, Virginia, Mink Stole is in this one, too.

Austin Chronicle: So tell us what we can expect from John Waters' World of Trash.

John Waters: It's a monologue that I've been developing for almost 30 years, and now I have an offer to take it off Broadway, which I might end up doing. It's about my obsessions, my movies, current events, crime, fashion, and it's about how to be a juvenile delinquent – advice for kids! It's like my nightclub/vaudeville act.

AC: How are you faring under our current archconservative government these days? Do you find that when the right wing is at the helm it fosters a stronger, more creative artistic reaction? Or does it just, you know, suck?

JW: I've always fought censorship my whole life, but I think the kind that is around today is much more frightening, because it's quieter and it's probably being done by smarter people, which is really scary. But all censors should realize that they just end up being press agents for the thing they're trying to stop. Disney just canceled Michael Moore's film, and, God, I bet he's overjoyed. It's on the front page of The New York Times. You can't buy publicity like that.

AC: So tell me about A Dirty Shame.

JW: It's about sex addicts and people who get head injuries and then experience a carnal lust they can't control, and it stars Tracey Ullman, Johnny Knoxville, Chris Isaak, and Patricia Hearst, Mink Stole – everybody that's been in all my movies, really.

AC: Nice timing on this one – I've never seen the country so saturated with sex while being simultaneously insatiably attracted to it and morally outraged by it. I guess you could say we're, um, pretty fucked up?

JW: Well, they even made those prisoners in Iraq be nude and simulate sex acts! America's always been very uptight about sex, though – we like violence. Sex in American movies, and even in my own, is either grotesque, scary, comical, or something to fear. I play on that in my movie with the notion of sexual compulsions, which I think can be very funny, although I don't know how funny they are in real life.

AC: Pick your media source – films, television, and especially the Internet – and sex seems to dominate them all to a whole new extent.