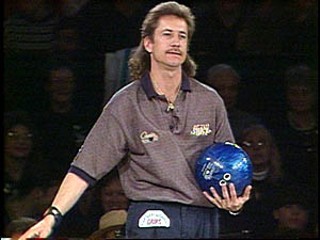 When was the last time you went bowling? Weeks, maybe? Years? If so, you're testimony to how far this pastime has fallen in 50 years. Back in the day, bowling alleys were second homes to a generation of Americans, weekly schedules revolved around league nights, and every Saturday afternoon there was Chris Schenkel on ABC calling the pin-action play-by-play for some Professional Bowlers Association match-up. But as the country grew fonder of flashier and more aggressive entertainments, bowling couldn't compete. Alleys went the way of the drive-in.

Director Christopher Browne catches bowling in the 10th frame of a game that has gone from strikes to spares to gutter balls. He follows the PBA as it tries desperately to wrench itself out of Eisenhower-era obsolescence and into a sexy sport for the 21st century – even if it means adopting ESPN graphics and WWE attitude. That makes Browne's subject the story of an underdog, a story that's almost irresistible in sports drama, and so it is here. It helps that his leading men are underdogs, too: three middle-aged competitors who rose to fame in the sport's glory years and are now fighting to stay alive as it evolves. Thanks to Browne's enthusiasm for his subject and sensitivity with the camera, what could have been one more joke at bowling's expense is instead an unexpectedly poignant look at a sport in painful transition, and the men clinging to the field they gave their lives to.