Richard Linklater (r) inducting Ethan Hawke: "I notice that people are sometimes surprised when they hear Ethan is actually from Texas. Hell, I'm still surprised. I'm not even sure I believe it. ... He was born right here in Austin. ... After living here a while, he up and moved to New Jersey. You know, there's a bumper sticker you see all over Texas, says, 'I Wasn't Born in Texas, but I Got Here as Soon as I Could.' Ethan, I'm curious: What did your New Jersey bumper sticker say all those years? One more thing: When we were doing Newton Boys, I don't remember Matthew McConaughey needing a dialect coach to work on his Texas accent."

Inductee Forest Whitaker (center): "To be given something like this in the place of your birth is very special to me. ... Longview, Texas, that's where I was born. It's really a place where the roots of who I am stem from. Because I remember as a kid, my grandfather, walking around with him on the farm. Just going out in the fields listening to him talk about, you know, it could be anything. And we'd go and sit on the porch at night, they'd be talking, telling stories. I wasn't really that good of a storyteller. They were much better. ... Later in my life I decided to become a storyteller, and I'm still trying to be a better storyteller." 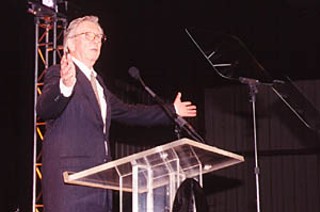 "Looking around here this evening I remember meeting everybody in Austin [two decades ago] who was at that very moment personally, actively, directly, and professionally involved in making a feature film. And we were all there. Both of us. This meeting was just Gary Cartwright and me at a table at the Scholz's Garden. And now, look! Look! It takes an airplane hangar." – Honoree Edwin "Bud" Shrake 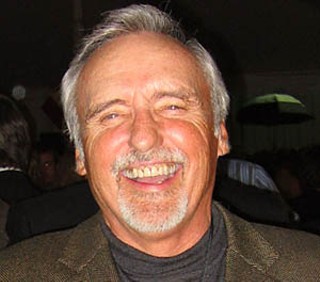 "I'm moved. I so appreciate what you said, Rick. I know it must be hard for a first-generation Texan, I know it must be threatening to introduce a man like me. When my grandparents were sweating over the land in Swenson, Texas, your grandparents were still drinking pints of ale in Wales. ... I have to admit that I was embarrassingly flattered when I found out that I was going to receive this honor. I felt that, you know, I didn't deserve it, because I know there are so many great Texan actors and people who are my senior who deserve it a lot more. I felt a little weird about that. But then I found out that Owen Wilson had one, and I thought, fairness is obviously not part of the game." "This is the only awards show where we guarantee that The Lord of the Rings will not win anything." – Former Gov. Ann Richards, with Texas Monthly Editor Evan Smith 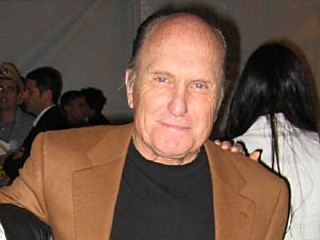 Robert Duvall on his Tom Mix Honorary Texan induction: "Billy Joe Shaver said that I'm now a born-again Texan, and Billy Joe Shaver's also said that Austin is the greatest damn city in the world. I'm glad I can be part of this experience; it's been wonderful working here." Ali MacGraw on accepting for The Getaway:

"I guess I have to tell you that I arrived in Texas, however many decades it was ago, the most tightly wrapped, repressed little New England nonactress finding herself face to face with the world's biggest movie star in this amazing film."